Covid-19: Anxiety Over Identification Of Contacts To Italian Patient 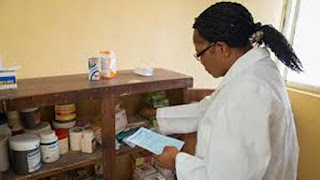 Anxiety has continued to heighten over tracing all the contacts of the Italian man who reportedly imported the Convid-19 deadly disease to Nigeria as the Nigerian Civil Aviation Authority (NCAA) has set up a monitoring team to track all the passengers of Turkish Airlines.

The Italian who is now in isolation arrived the country on board of Turkish Airlines Tuesday, through the Murtala Muhammed International Airport (MMIA), Lagos, where other airlines often arrived the airport simultaneously.

Stakeholders are worried that identifying the contacts appear to be a herculean task.

Specifically, there’s a serious concern that passengers of KLM and Air France who are now at large may equally be tracked and monitored as the two airlines arrived at the airport almost the same time with the Turkish Air.
There are fears that the passengers of the three aircraft may have mixed or interacted with one and other at the immigration counters and the baggage reclaimed area of the airport.

A strong source close to the regulatory body, who didn’t want his name in print because he was not allowed to talk on the issue, confided in our correspondents on Saturday that the agency would have a meeting at the Emergency Operating Centre (EOC) on Saturday to further discussed the issue.

However, as at the time of speaking with our correspondents, the meeting was yet to be held.

The source further stated that the screening forms filled by the passenger and other passengers onboard of the victim would be used to track, identify and monitor them, stressing that the form included names, addresses and phone numbers of all passengers on board.

He explained that the regulatory authority was already in possession of the manifest to carry out this assignment.
He said; ”We are having an EOC meeting today (Saturday) where this issue would be discussed. We are tracking and monitoring the situation. The screening forms filled by all passengers would be used to track and monitor everyone onboard the flight on the day. As you’re aware, the form has all the necessary information that will make it easier for us to monitor every passenger.

“A team is already in place to track and monitor everyone in case they developed the symptoms. The team he contacted in Lagos and Ogun States, the team will have to find them out. The monitoring will be on for two weeks from the day he entered the country to ensure that we don’t miss out anyone in the process.”

The source did not, however, give out the actual numbers of passengers on board the flight on the day, but assured that documents would be used by the monitoring team, public health officials, Lagos and Ogun State governments to track down every one.

As at December 2019, Turkish Airlines was operating a Boeing 737-800 aircraft with the configuration of between 150 to 160 passengers into Nigeria.

But, the NCAA sanctioned it for abandoning luggage of most of the Nigerian passengers and was compelled to deploy bigger aircraft into the route.

Turkish Airlines land in Nigeria at 7:55pm at the D-Wing of the airport, but the ongoing construction works at that aspect of the terminal forced all foreign airlines to divert passengers to E-wing.

Also, KLM Airways arrives in Nigeria at 7:35pm, while Air France lands at the airport at 7:45pm.

With these arrangements, there is the panic that passengers of these two other airlines may have mixed with Turkish Airlines, including the Italian.

As a result of this, it was gathered that NCAA the medical team would extend its monitoring to the passengers of the other two airlines who arrived in the country simultaneously with Turkish Airways.

Meanwhile, both the Federal and State Ministry of Health said it has intensified efforts to identify and track down possible contacts of the country’s index case.

Governor Dapo Abiodun of Ogun State confirmed the decision to quarantine the 28 people during a press conference in Abeokuta last He advised residents and visitors to be calm.

Meanwhile, a factory located in the Ewekoro the community in the state, which the unnamed Italian visited, has been shut down with government intensifying effort to locate others who had met with him.

The search is taking place simultaneously in Lagos and Ogun states as part of the strategies aimed at containing the deadly virus. It was not clear last night how many people had physical contacts with the unnamed Italian between his arrival in Nigeria on Monday night and Thursday when he tested positive to COVID-19. He is currently in isolation at the bio-security facility in Yaba, Lagos.

While giving an update on the Coronavirus patient, Prof. Akin Abayomi, Lagos Commissioner for Health, said, he has been moved to a renovated air-conditioned facility.

Abayomi who reacted on his tweeter handle, @followlasg, following a report that the patient attempt to escape the isolation centre over poor facilities, excessive heat, mosquitoes among other factors.

Abayomi said; “We moved the #coronavirusinlagos patient to a renovated air-conditioned facility.”

Meanwhile, the Nigeria Centre for Disease Control (NCDC) on Saturday announced that its Rapid Response Teams has arrived Lagos and is supporting the State Ministry of Health to contain the infection.

Disclosing this in his tweet handle, @NCDCgov, Dr. Chikwe Ihekweazu, the Director-General of the Centre, said; “Our Rapid Response Team has arrived Lagos and is supporting @LSMOH.

Recall that the NCDC boss assured on Thursday, that his centre being proactive had earlier set up @NCDCgov to work 24 hours to ensure that the country is on top of the situation.

“We are dealing with a new virus. There are 47 countries that have reported at least one case

“A case is not a sign of failure. Our @NCDCgov was set up for situations like this. We are working 24/7 with the relevant state governments,” he said.

He warned Nigerians to avoid rumours and panic.

Similarly, Prof. Ehanire Osagie, the Minister of Health confirmed that the country’s Centre for Disease Control has activated a national emergency operation centre to respond to the confirmed case and other potential infections.

The World Health Organisation(WHO) earlier alerted on the need for preparedness by every country of the world to contain further the global spread of the COVID-19, stressing that no country is immune to getting the infection.

The WHO Director-General, Dr Tedros Adhanom Ghebreyesus spoke during one of the virtual press briefings disclosed that as of 6 am Geneva time Friday, China has reported a total of 78,630 cases of COVID-19 to WHO, including 27,47 deaths even as he warned that no country should assume it won’t get the infection.

“No country should assume it won’t get cases. That could be a fatal mistake, quite literally. This virus does not respect borders. It does not distinguish between races or ethnicities. It has no regard for a country’s GDP or level of development,” Ghebreyesus said.

Ghebreyesus giving a breakdown of the global cases said; “Outside China, there are now 3474 cases in 44 countries and 54 deaths. We are at a decisive point.”

“And in the past 24 hours, seven countries have reported cases for the first time: Brazil, Georgia, Greece, North Macedonia, Norway, Pakistan and Romania.”

He advised countries affected that they should see it as their window of opportunity, adding that if they act aggressively now, they can contain the spread of the virus.

“You can prevent people from getting sick. You can save lives. So my advice to these countries is to move swiftly.

“The epidemics in the Islamic Republic of Iran, Italy and the Republic of Korea demonstrate what this virus is capable of. But this virus is not influenza. With the right measures, it can be contained. That is one of the key messages from China.”

“In Guangdong, scientists tested more than 320,000 samples from the community and only 0.14 percent tested positive for COVID-19. That suggests that containment is possible.

He restated that no country should assume it won’t get cases of the virus.

He advised; “The point is not only to prevent cases arriving on your shores. The point is what you do when you have cases.”

He, however, stated that they are not hopeless and defenceless because there are things every country and every person can do.

“We’ve shipped testing kits to 57 countries and personal protective equipment to 85 countries who need it. We have trained more than 80,000 health workers through our online courses, in multiple languages. We’ve issued operational guidelines, with concrete actions countries can take in eight key areas to prevent, detect and manage cases.

He warned that fear and panic does not help, the most important thing is to calm down and do the right things to fight this very dangerous virus.