Heart disease is one of the most lethal disease killers and is particularly seen in overweight postmenopausal women. It is vital that women learn the truth about their heart disease risk and take action to protect themselves and their family.

In partnership with the World Health Organization (WHO), the World Heart Federation is to organise World Heart Day on September 29. Awareness events are hosted in more than 100 countries and this year’s theme is “Take the road to a healthy heart”. 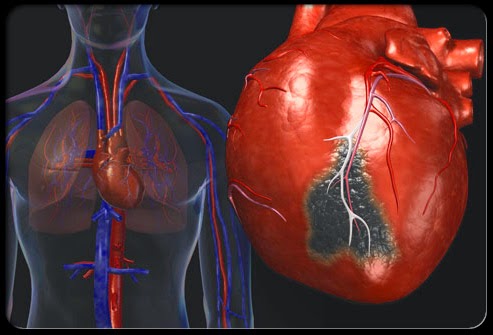 According to the WHO, genetics is no longer the primary determinant in the development of heart disease and approximately 80 per cent can be attributed to poor lifestyle habits. In adults, unhealthy diets are linked to four of the top ten risk factors that cause premature death: high blood pressure, high cholesterol, overweight and obesity, and high blood sugar that are commonly seen in diabetes.

Recent changes to diets, physical activity levels and how you live make you prone to heart disease. Diets high in animal fat, low in fresh vegetables and fruit, and high in alcohol have been shown to increase the risk of heart disease and stroke. Choose a diet that is low in bad fat and salt.

Scientists now understand that fat – especially fat around the stomach – can significant impact blood pressure, blood cholesterol levels, and interferes with the ability to use insulin effectively. Insulin is needed for energy and one’s metabolism. Body Mass Index (BMI) and stomach circumference are two standardized methods of measuring one’s cardiovascular risk. As one gets fatter, the risks of developing type 2 diabetes and high blood pressure significantly rises. Statistics show that 58 per cent of diabetes and 21 per cent of ischemic heart disease can be attributed to a BMI above 21.

Children are vulnerable too. Physical inactivity learned in childhood often continues into adulthood. This contributes to a child’s increased risk of heart disease and stroke later in life. Physical inactivity also contributes to overweight and obesity. Over-weight children are growing concern and can set them up to suffer from diabetes and heart disease at a younger age.

The vast majority of tobacco users began when they are adolescents and if a child’s parents smoke; they are three times more likely to smoke themselves. Smoking produces inflammation and damages the lining of blood vessels, increases blood clots and strokes, and negatively affects blood cholesterol levels.

This story was published in Newswatch Times on September 26,  2013.
http://www.mynewswatchtimesng.com/80-heart-disease-caused-poor-lifestyle-habits-experts/
Posted by Chioma Umeha at 17:37