Global efforts towards the child survival agenda has continued to suffer set-backs in Nigeria, following the incessant brutal killing of children in the North eastern part of the country. Nigerians woke up Saturday to the shocking news of the killing of 42 students of the Government Secondary School, Mamudo by suspected members of the Boko Haram sect. 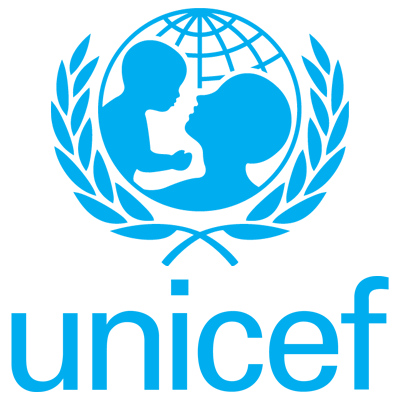 The development is coming on the heels of The Lancet 2012 report, which raised the alarm that the world is not on track to meet the set Millennium Development Goal (MDG) 4, a two-thirds reduction in child deaths between 1990 and 2015. This is even as the reports still show existing gap in child survival chances with the death of 6·9 million children under the age of 5 years in 2011. “Recent international initiatives, such as Every Woman Every Child, the UN Commission on ‘Life-Saving Commodities for Women and Children, and A Promise Renewed,’ which reinvigorated the child survival agenda. But the job is far from finished. Time trends hide the real tragedy 6·9 million children under the age of 5 years still died in 2011, largely from preventable causes,” The Lancet 2012 report said. Spokesperson of Joint Military Task Force in Yobe state, Lieutenant Eli Lazarus, said the attackers stormed the school and began shooting from different directions. An official of the Potiskum General Hospital, Haliru Aliyua, also confirmed the casualty saying: “We received 42 dead bodies of students and other staff of Government Secondary School (in) Mamudo last night. Some of them had gunshot wounds while many of them had burns and ruptured tissues.” It was earlier reported that 29 students and a teacher were killed in the attack on a boarding school in the northeast Nigerian town of Potiskum.

The attackers set fire to buildings and shot pupils as they tried to flee, a source said. “From accounts of teachers and other students who escaped the attack, the gunmen gathered their victims in a hostel and threw explosives and opened fire, leading to the death of 42,” Aliyu said. “So far six students have been found and are now in the hospital being treated for gunshot wounds,” he added. Several students are still in the hospital. This latest incident has sparked panic among the student population in the state, as many left their dormitories for home even before schools were shut by the government. Mamudo is some five kilometers from Potiskum, the commercial hub of Yobe state, which has been a flashpoint in the Boko Haram insurgency in recent months. Yobe state is  one of the three states currently under emergency rule imposed by the Federal Government.

Meanwhile, secondary schools in the state have reportedly now been closed until the start of the new academic term in September, to allow state and federal government officials, as well as community leaders, work on ways to guarantee the safety of the students. However, the United Nations Children’s Fund (UNICEF) and a top child rights envoy have condemned the recent attack on a school in north-east Nigeria, urging that the perpetrators be brought to justice. According to the international agency for the child, annihilation of children is against global child survival and rights. The UNICEF’s Regional Director for West and Central Africa, Manuel Fontaine said: “As we extend our sympathy to the families of the victims, we would say in the strongest possible terms that there can be no justification for the deliberate targeting of children and those looking after them. “UNICEF calls for those responsible to be brought to justice and for communities to demand that schools be considered as places of safety,” it stated in a news release.

The agency noted that since 16 June, no fewer than 48 students and seven teachers have reportedly been killed in four attacks in the region. Leila Zerrougui, the Secretary-General’s Special Representative for Children and Armed Conflict, also expressed concern at the recent spike in incidents affecting schools and children in the region and called on the Nigerian Government to investigate these “heinous” crimes and hold the perpetrators accountable. She called on those responsible to refrain from any attacks directed at or in the vicinity of schools, and warned that the killing and maiming of children, as well as attacks on schools, teachers and school children are serious violations of international law.

This story was published in Newswatch Times on July 13,  2013.
http://www.mynewswatchtimesng.com/killing-of-42-students-violates-international-law-unicef
Posted by Chioma Umeha at 15:50