Global findings have revealed that memory issues could be dangerous signal of mental problems and no just normal part of aging. An agency report during the week said: “Memory problems that are often dismissed as a normal part of aging may not be so harmless after all. “Noticing you have a decline beyond the occasional misplaced car keys or forgotten name could be the very earliest sign of Alzheimer’s,” several research teams have reported.

Doctors often regard people who complain that their memory is slipping as “the worried well,” but the new studies show they may well have reason to worry, said Maria Carrillo, a senior scientist at the Alzheimer’s Association. One study found that self-reported memory changes preceded broader mental decline by about six years. Another tied these changes to evidence on brain scans that dementia are setting in. “Maybe these people know something about themselves” that their doctors don’t, “and maybe we should pay attention to them,” said Dorene Rentz, a Massachusetts General Hospital psychologist. She helped run one of the studies, which were discussed Wednesday at the Alzheimer’s Association International Conference in Boston. About 35 million people worldwide have dementia, and Alzheimer’s disease is the most common type. It causes a slow decline in thinking and reasoning ability.

Memory trouble that disrupts daily life is one symptom. Don’t panic, though: The researchers are not talking about “senior moments,” those small, temporary lapses most everyone has, said Creighton Phelps, a neuroscientist with the U.S. National Institute on Aging. They are talking about real memory loss, in which the information doesn’t come back to you later, not even when people remind you of what you forgot, he explained. A true decline is a change in your normal pattern. “You’re starting to forget things now that you normally didn’t — doctor appointments, luncheon engagements, the kids are coming over … things that a year or two ago you wouldn’t,” said Dr. Ronald Petersen, director of the Mayo Clinic’s Alzheimer’s Disease Research Center. Pati Hoffman, of Carol Stream, Ill., near Chicago, used to design menus and organize events for restaurants but began forgetting where she filed things in her computer. “I really just kind of started struggling. 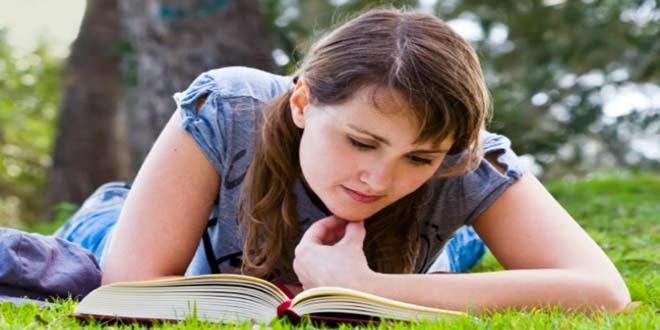 Something wasn’t right. I would have to bring my work home, spread it all over the floor, sort it and then try to get it done so that nobody at work would know I was having this difficulty,” she said. Driving to familiar places, “I would think, ‘I know where I am, but I don’t know how to get out of here.’” Two neurologists said it was just stress and anxiety, and one prescribed an antidepressant. A third finally diagnosed her with early-onset Alzheimer’s disease four years ago. She was 56. The new studies were on “subjective cognitive decline” — when people first notice they are having trouble, even if they test normal on mental ability tests: — Richard Kryscio at the University of Kentucky led a study of 531 people, average age 73. Those who reported a change in memory or thinking abilities since their last doctor visit were nearly twice as likely to be diagnosed with dementia or mild cognitive impairment about six to nine years later. — Researchers from the French government’s health agency and Brigham and Women’s Hospital in Boston studied 3,861 nurses at least 70 years old who were asked about memory symptoms and periodically tested for them later.

About 900 of them carried a gene that raises their risk for dementia. Among the gene carriers, worry about a single memory symptom predicted verbal memory decline on tests over the next six years. In the others without the gene, worry about three or more memory symptoms was linked to memory decline on tests. — Rebecca Amariglio and other Harvard researchers found that complaints about memory decline matched how much sticky plaque researchers saw on brain scans of 189 people 65 and older. This confirms an earlier study of 131 people that tied memory complaints to these brain plaques, the hallmark of Alzheimer’s disease. — Reports of memory impairment were closely tied to a decline later in the ability to recall events in a study of 2,230 people, average age 80, by researchers at the University of Bonn in Germany. — Petersen said that a study he and others soon will report shows that complaints about memory predicted who would later develop mild cognitive impairment — what used to be called “pre-Alzheimer’s” — in a random sample of 1,500 people in the community near the Mayo Clinic in Rochester, Minn. “If you notice a change in your pattern of either yourself or a loved one, seek a health care professional’s evaluation,” said Heather Snyder, the Alzheimer’s Association’s director of medical and scientific operations. “It could be a lack of sleep or nutritional, but it may be something more than that.”

But don’t worry about small, common memory slips, said Dr. Reisa Sperling, director of the Alzheimer’s center at Brigham and Women’s Hospital. “Every time you forget someone’s name, you don’t need to go running to the doctor,” she said.

The Alzheimer’s Association lists 10 warning signs of the disease:

This story was published in Newswatch Times on July 20,  2013.
http://www.mynewswatchtimesng.com/memory-decline-sign-of-mental-problem-experts/
Posted by Chioma Umeha at 23:08