‘Reverse Common External Tariff, NDDG policy to save us’

The embattled Nigeria pharma industry which has been struggling amidst harsh socio-political, economic and religious crisis and conditions recently cried out that it might witness collapse with the take-off of both the Common External Tariff (CET) and a wholesale implementation of the National Drug Distribution Guidelines (NDDG). Pharm. Simon Okey Akpa, Chairman, Pharmaceutical Manufacturers Group of the Manufacturers Association of Nigeria (PMG-MAN) and Managing Director, SKG Pharma Limited, made an SOS (save our soul) appeal, when he addressed an international conference recently in Lagos. CHIOMA UMEHA (HEALTH EDITOR) who was there has the excerpts. 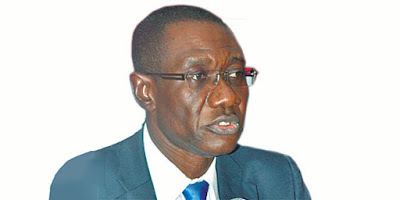 Background of challenges of Nigeria pharma industry
It is a fact that essential medicines are critical to healthcare delivery in any country, and Nigeria is no exception. With a population above 160 million people growing at an average rate of three per cent, a robust and efficient healthcare delivery system is essential for Nigeria. A vibrant local pharmaceutical manufacturing industry will not only guarantee the nation’s march to word self-sufficiency in essential medicine needs but will also provide gainful employment and boost the economy.

Despite having over 150 pharmaceutical factories in Nigeria out of which four have complied with World Health Organisation (WHO) current Good Manufacturing practice (CGMP), the industry continues to struggle. The situation has now been worsened by recent government policies; specifically the Economic Community of West African States (ECOWAS) Common External Tariff (CET), and the new drug distribution guideline, both of which threatened to annihilate the industry leading to job loss, dependence on imported medicines and reversal of gain made in the fight against fake drugs.

Common External Tariff
The recently adopted (June 2015) Common External Tariff (CET) is a potent threat to this industry that is gasping for breath. The CET was adopted at the Heads of State Summit in October 2013, in Dakar, Senegal. This policy places zero tariffs on finished imported medicine, while essential raw and packaging materials required by the industry for local medicine production attracts from five per cent to 20 per cent. This policy, if implemented reverses the gains made from the nation’s effort to attain self-sufficiency in essential medicine and opens all doors for total importation of finished medicines.

It is regrettable that the damaging consequences of the policy on the local pharmaceutical manufacturing sector were not considered despite our desperate attempts to draw attention to this.
This policy undoubtedly spells doom for the local industry as imported medicines will become far cheaper than locally produced ones. This situation is inimical to the survival of the local pharmaceutical manufacturing sector, and there is a need for an urgent review.

The laudable achievement of having four World Health Organisation’s(WHO) certified manufacturing facilities was earned through the initiative of the National Agency for Food and Drug Administration and Control (NAFDAC) and individual investment efforts of the companies involved.
The industry has invested an estimated 100 billion naira in various facility upgrades over the last five years. These investments have not brought about the desired benefits largely due to neglect by successive governments and lack of patronage.

Implications of implementation of CET
The CET if implemented as it is will have far-reaching implications on the industry and the country. This includes the following:

Unemployment
The industry currently employs, directly and indirectly, over one million persons. A significant number of these stand the risk losing their jobs if the local manufacturing sector is unable to sustain its current fiscal situation following the adoption of the CET.

Idle capacity and loss of investment
The lack of demand for locally manufactured medicines as a result of cheap imports will lead to idle capacities and negatively impact previous investments in the sector worth over 300 billion naira.

Increase in Fake and Substandard Products
A weak local manufacturing sector will inevitably lead to an. influx of cheap imported medicines of doubtful quality.

Skills stagnation
A weak or non-existent local manufacturing industry would lead to a dearth of skilled manpower and ultimately a massive brain drain from the industry. Others are considerable depletion of scarce foreign exchange due to continued dependence on imports.

No Contribution to GDP Growth
Developed countries such as Germany and the United States strengthened their   economies through industry. Countries that pay little or no attention to manufacturing end up with weak economies.
A complete review of this policy is essential for the continued survival and growth of the local pharmaceutical manufacturing industry. A reversal is necessary if the National Drug Policy target of local production of 70 per cent of the Nations essential Drug needs.
There is therefore, the need to protect the local pharmaceutical manufacturers and encourage industrialization as self – sufficiency in essential medicines has national security implications. Nigeria’s responsibility to minimize the effect of diseases on the economic, social and political stability of the country cannot be abdicated to imported   medicines.

The New National Drug Distribution Guidelines
An important aspect of the pharmaceutical industry’s value chain is the   distribution of medicines. The importance of an efficient distribution system in the sector cannot be overemphasized as it ensures that quality medicines readily get to the consumer at reasonable prices. The current drug distribution system in Nigeria is chaotic and continues to expose consumers to the dangers of Substandard, Spurious, Falsified and Falsely-Labelled Counterfeit (SSFFC) medical products.

We must applaud the Federal Government and NAFDAC for efforts to sanitize the local Drug Distribution System. In a bid to find a lasting solution to the medicine distribution challenge, the government (through the Federal Ministry of Health) introduced the National Drug Distribution Guidelines (NDDG). However, the NDDG in its current form has essentially handed over the pharmaceutical industry to Cartels and Syndicates, which will increase the cost of essential medicines in the country by inefficient extension of the distribution chain!

The PMGMAN, in a position paper communicated to key stakeholders in the industry, was explicit in its support of the Federal Government in her effort to sanitize medicine distribution in Nigeria, we subsequently put forward a proposal based on a realistic, sustainable and evidence-based approach to solving the current drug distribution challenge in Nigeria. This proposal was accepted by the majority of the stakeholders, including the Pharmaceutical Society of Nigeria (PSN), as a template to form the foundation for a revised model.

In spite of these consultations and the proposed alternative model, the FMOH, in a press briefing on June 26, this year insisted on the full implementation of the NDDG effective from July 1.
The Guideline has purportedly restricted sale of all medicines by manufacturers and importers to only a few, mostly foreign owned, distribution companies who are required to sell to our current wholesalers. According to the FMOH, implementation was premised on the fact that these Mega Distribution Companies have made investments based on the proposed NDDG.

Here are the potential consequences of the implementation of the NDDG at this time.

Hike in the price of essential medicines
Another objective of the new administration is to make medicines affordable to all citizens. The NDDG will add an additional layer to the current distribution model. The new layer will increase the cost of medicines by 25 to 35 per cent.

Elimination of the current wholesalers
The backbone of the current distribution network is the open markets, which serve as major sources of purchase to hospitals, wholesalers, and retailers. These open markets, which control about 80 per cent of the drug distribution system in volume and value, would be closed with the advent of the NDDG. PMG-MAN is of the opinion that operators in the open drug markets should be acknowledged and accommodated in any planned distribution system. To accomplish this, we are proposing the setting up of “Regulated Wholesale Centres” across the country, with full control supervision of the regulatory agencies – NAFDAC, PCN Policy etc and operated in line with pharmacy laws.

Unemployment
More than one million persons currently work for manufacturers and importers directly and indirectly. If the NDDG is allowed to take-off as currently proposed, there will be significant loss of jobs as most manufacturers would have to lay off their sales staff whose services will no longer be required.

Loss of receivables
Over 100 billion naira (represented as receivables) of the industry’s working capital is tied down at the wholesale level of the value chain. This amount would be lost as wholesalers will claim force majeure if not accommodated in the new drug distribution arrangement.

Inefficiencies and loss of investment in the pharmaceutical value chain
MDDCs, the new layer added by the NDDG will not have the capacity to distribute every NAFDAC registered product, which currently stands at over 100,000 Stock Keeping Units (SKUs) from over 200 manufacturers and 300 importers. The inability to adequately distribute these products would negatively impact on investment in the sector which currently stands at over 300 billion naira.

Our position as an industry is that a new distribution model be allowed to ‘evolve’ after the wholesale system is sanitized. This approach will allow for inclusive participation of all current stakeholders and especially the wholesalers. This approach will also minimize possible collateral damage that may occur if key stakeholders are not engaged.

To this end, PMG – MAN is proposing a deferment of the implementation and refinement of the policy to reasonably accommodate all stakeholders. The new model must ‘evolve’ to allow for a sustainable, reliable and rewarding distribution system Nigeria’s healthcare industry.

Recommendations
That Import Adjustment Tax of 20 per cent is immediately imposed on imported Finished Pharmaceutical Products with HS Code 3003 & 3004 because Nigerian Manufacturers have the capacity to produce these medicines.

In addition, under the National List within the CET, input into pharmaceutical Manufacturing (Raw materials, Excipients and packaging) should be allowed to be imported at zero by indigenous pharmaceutical manufacturers. We need to keep Nigerian factories running and not the factories overseas. Failure to review this policy holds dire consequences for the pharmaceutical industry and the nation at large. The implementation of the National Drug Distribution Guideline on July 1, 2015, is unrealistic.

The National Drug Distribution Guidelines be reviewed in consultation with stakeholders – Pharmacists Council of Nigeria (PCN) and the National Agency for Food and Drug Administration and Control (NAFDAC) for a proper framework for implementation to be put in place by federal government.


This story was published in Newswatch Times on August 1, 2015.

http://www.mynewswatchtimesng.com/nigeria-pharma-industry-faces-annihilation-akpa/
Posted by Chioma Umeha at 01:46