Wigerians have been urged to maintain adequate nutritional diets, as well as abstain from lifestyle that predisposes one to health issues like diabetes, cancer, respiratory disorders, among others, as a method of curbing high incidence of   Non Communicable Diseases (NCD) in the country.

Making the call are experts who spoke at a one-day workshop organised by Coca Cola Nigeria in Lagos, recently, tagged: ‘Adequate Nutrition and Lifestyle : Essential for Prevention of Non-Communicable Diseases,’ who stressed that Nigerians must make deliberate attempts to prevent the numerous health issues in the country.

A Consultant Nutritionist and Dietician, Dr Chika Ndiokwelu, who spoke at the workshop, said that eating unhealthy diets have been discovered to cause a number of preventable diseases, even as she said that, processed foods contain more harmful elements than the well known African foods and vegetables which the country was used to.

While stating that poor food intake, smoking, harmful use of alcohol and sedentary lifestyle were risk factors responsible for NCDs, she advised that eating of fruits, legumes, vegetables, engage in regular physical exercise, reduction of salt intake, reduction in alcohol intake, as well as quitting smoking, would help a long way in preventing NCDs. 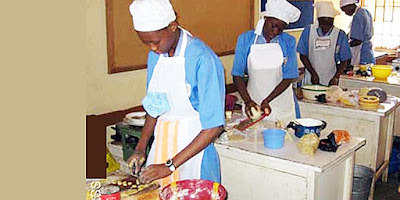 She described NCDs as chronic but non-contagious medical conditions which could lead to deformity or death. “NCDs represent a major threat to health and development in the 21st century, as they account for 60 per cent of all deaths and 43 per cent of disease burden globally,” she said.

She listed four major NDCs to include; cardiovascular diseases (CVDs), cancer, chronic respiratory diseases and diabetes mellitus, adding that, these four were the world’s biggest killers as they account for 36 million deaths annually.

“With the increasing level of NCDs, if proper measures are not taken, the country may be forced to allocate more than three per cent of its healthcare cost for the management of the diseases within the next 10 years,” she said.

Ndiokwelu, called on the Federal Government to develop a national policy and action plan on food and nutrition, including the control of diets related to non-communicable diseases. She urged manufacturers and producers of food products to provide accurate nutritional information on their products to help consumers make informed choices.

In his speech, a Research Fellow, National Institute for Medical Research, Dr. Bartholomew Brai said with improved healthy lifestyle and right diets, NCDs will reduce drastically in the country, adding that, Nigerians must shun risky factors that predispose them to various kinds of health issues.

He charged health writers to continue to educate the public on ways to preventing diseases and general health education.

Meanwhile, the Director of Public Affairs and Communication, Coca-Cola Nigeria, Mr. Clem Ugorji, said that the company has been striving to provide clear nutritional values, offer low calorie or non-caloric beverages to the public.

Ugorji said the workshop was organised to educate the public on issues of nutrition as part of the company’s corporate social responsibility (CSR).

“The recipe of coca-cola has remained unchanged for 129 years, with more than 3,600 products in several countries and over 500 brands. ‘’This was achievable due to our acceptance by the public. We shall continue to support and provide the public with health information because a healthy nation is a wealthy nation.

‘’The only way to reach the public is through the media which is why we are organising this workshop for them to relate and know our level of acceptance in the public. The media also have a role to play by ensuring that they publish accurate and factual information so as not to misinform the public, ‘’ he said.

The forum had in attendance over 40 health journalists across the country, who also had a tour of the company’s plant facility in Ikeja.

This story was published in Newswatch Times on September 24, 2015.
http://www.mynewswatchtimesng.com/modification-of-nutrition-lifestyle-critical-to-disease-prevention/
Posted by Chioma Umeha at 00:22