NCDC Confirms Lassa Fever Spread To Four States, One Death
The Nigeria Centre for Disease Control (NCDC) has confirmed five more cases of Lassa fever across four states in the last 11 days.
Two cases were reported from Plateau State, one from Rivers, and one each from Bauchi and Gombe, NCDC said in a statement Friday night.
Four of the infected people are alive, but the fifth case, from Gombe, died on August 22.
“We commend the early detection and reporting of the most recent cases, as it significantly improves the likelihood of survival for the cases and also reduces the risk of further transmission,” said NCDC chief executive officer Chikwe Ihekweazu.
“We also urge all States to report cases immediately for Lassa fever while improving on the timeliness of their reporting generally.”
Ministries of health in the respective states, the NCDC and the Nigerian Field Epidemiology and Laboratory Training Programme are investigating and managing those infected.
An NCDC advisory recommends steps states have to take to prepare for and respond to all cases of Lassa fever and other haemorrhagic fevers.
NCDC has opened communication lines where suspected cases can be reported, including its twitter handle @NCDCgov, Facebook Messenger m.me/NCDCgov and a phone line 080097000010.

This story was published in Independent on Sep 4, 2016
http://independentnig.com/poor-funding-hinders-malaria-research-nimr/ 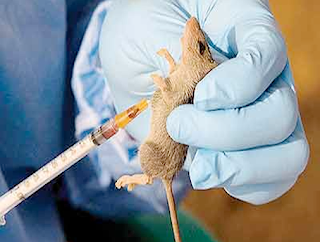