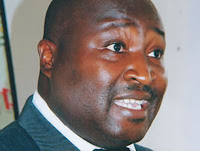 Olumide Akintayo, a member of the National Executive of Pharmaceutical Society of Nigeria (PSN) and the immediate past President of the society, in this interview addresses the challenges of practicing pharmacy, fake drug distribution, among other issues bugging the sector.

According to media reports, you decried the state of pharmacy practice in Nigeria during the just concluded annual health week of the Pharmacy Academy of Nigeria Students (PANS), University of Benin (UNIBEN). Mention challenges which pharmacy professionals are facing.

Stating that pharmacy has continued to thrive in an atmosphere of confusion is an understatement. Uncertainties have become the unenviable cross of the Nigerian Pharmacist.  An evaluation of the various sectors of pharmacy practice shows that some aspects epitomize a mass of putrefying sores.

Academic pharmacy is marked with unending tales of woes which have manifested in lack of teaching aids and research grants for the academic pharmacist.  The dearth of chemicals, properly equipped laboratories and absence of conducive teaching environment characterize the darkness which has of late enveloped this important sector of the practice.

Even when hospital and administrative pharmacists have enjoyed pay increases like other health personnel, all is still not well in relative terms. This is because pharmacists face discriminatory salary wages, while beautiful packages are unduly skewed in favour of other privileged group of professionals in the same sector.

Industrial pharmacy is not spared of the rotten basket of fruits because, sharp practices in the manufacturing and sales of drugs have destroyed a sector which used to be buoyant .

Community pharmacy practice appears to be hard hit as this sector which embraces drug distribution from the manufacturer to the consumer is ravaged to a great extent by the fake drug syndrome. What is your take on that ?

It is worrisome that a profession which should be a celebration of excellence sometimes does not live up to this billing. However, pharmacists still maintain their potentials despite all odds.

You also mentioned that pharmacy practice sometimes derail from set goals and objectives in Nigeria and  that this has ethical perspective. Can you explain  more on that ?

Pharmacy practice has its peculiarities as a profession with substantial commercial plenitude. This makes it prone to ubiquitous exploiters both within and outside the profession. This lingered for many years before we challenged the status-quo. At a time, narcissism was the order of generations of colleagues who found themselves at the hierarchy of the profession in the public sector to the detriment of others.

What do you consider as major challenges in today’s pharmacy practice?
Perhaps, the most fundamental of the problems in contemporary pharmacy practice in Nigeria is the insanity that pervades drug distribution in Nigeria.  The ‘Frankenstein Monster,’ called unregistered or illegal premises remains the most challenging affliction of practitioners and by extension the citizenry, yet it is often ignored.  It all started in the Second Republic when entrepreneurs motivated by purely profit motives invaded pharmacy in the import licence era.  This invasion marked the advent of sales and manufacturing of spurious and fake drugs.  The leadership of the Pharmaceutical Society of Nigeria of that era protested this unpalatable situation.  Government had also shown its concern by placing drug matters on the Exclusive list for legislation and responded by promulgating Decree 21 of 1988 as amended by Decree 17 of 1989.  This Decree has since metamorphosed to Act 25 of 1999. Specifically, Section 2 of Act 25 of 1999 is aimed at ameliorating the problems of illegal drug sales points which remain the crux of the matter in drug distribution.  Listed in this category are drug markets, kiosks, buses, ferries, train etc.  Section 6 of this same law vests the legal authority to deal with this retinue of illegal sales points on the Federal Task Forces and its allies in the 36 States.  28 years after, the first set of laws on illegal sales points and the establishment of task forces were put in place; it is a matter of historical importance to document that they have not succeeded.

The recently amended National Drug Distribution Guidelines (NDDGs) which now seeks to open legitimate frontiers of practice to operators in open markets is a reform that must be allowed to work as it gives genuine indigenous entrepreneurs in these localities another opportunity to get it right. The Pharmaceutical Council of Nigeria (PCN), National Agency for Food and Drug Administration and Control (NAFDAC) and their supervisory ministry, the Federal Ministry of Health (FMOH) must continue to work together to get it right this time in the public interest.

Recently, the Pharmacy Technicians in Nigeria went to court over their struggle not to be regulated by Pharmacists Council of Nigeria (PCN). What is the situation?

Recently, there have been challenges with the regulation of Patent & Proprietary Medicines Vendors Licence (PPMVL) holders and Pharmacy Technicians in Nigeria. Pharmacy Technicians in Nigeria do not want to be regulated by Pharmacists Council of Nigeria (PCN) and went to court. The ineptitude of a former Registrar of Pharmacists Council of Nigeria (PCN) which did not make representation in court made it possible for the court to grant reliefs to the Technicians. This curious judgment has been bandied and circulated in government circles causing some structural aberration in the relationship of key segments in hospital pharmacy.

The PPMVL matter has also been a major albatross in our practice as untrained hands were legally empowered to dabble into drugs sales, distribution and dispensing. The many years of resistance hopefully will now be rested following the recent triumph of the PCN over National Association of Patent and Proprietary Medicine Dealers (NAPPMED) vis a vis Federal High Court Kaduna verdict that the PCN has an approbation in law to regulate PPMVL holders in Nigeria.

Leadership must therefore be proactive and sometimes forceful especially in professions in the throes of degeneration that we find ourselves in pharmacy.

Internal bickering among different health worker professionals has continued to worsen effective delivery in the volatile health sector. The issue recently played up in the appointment of CEO for a National Cancer Center.  How do you  assess  the situation ?

At its recent public hearing on the draft bill for a National Cancer Center, sections of the bill provided that only a medical doctor could be Chief Executive Officer (CEO) of the centre.

This is inconsistent with the 1999 constitution and the rules of the appropriate arm of the National Assembly (NASS) guide the public hearings and its’ Section 42 which gives an inalienable right to freedom from discrimination to citizens.

I therefore submit that it is revoltingly illogical and unconstitutional for the National Assembly to take a discriminatory position of entrenching in a statute in these modern times that only a doctor can be CEO of a cancer research center. We often mouth global best practices when it suits us and it is a reality today that some of the most prolific researchers in the medical sciences are not doctors. Recall with some passion that even 60 per cent of the contemporary winners of the Nobel Prize in medicine are not doctors.

At a time of great advancements in the dynamic value chain the sciences offer, it will be too destructive to enact a highly defective statute of this magnitude in Nigeria today. We therefore call on NASS to immediately amend that proviso of exclusive rights to doctors in a multidisciplinary health sector.

What is the expected role of pharmacy students and new generation pharmacists?

Today’s pharmacists must ensure steadfastness, forthrightness and positive radicalism, which must be balanced with maturity.

It would amount to a comedy of errors if I do not paint the picture of pharmacy and Nigeria today. However, this is not to discourage those who are prospecting pharmacy as a chosen career. The theme for this year’s seminar, “Advancement of pharmacy profession – Role of young pharmacist,” is special and best addresses the industry needs. The theme marked a departure from the previous ones which focused on drug distribution endeavours. As professionals, ethical considerations relevant in pharmacy practice and this should remain the focus for every practitioner. For those at the helm of affairs of our noble society, they should  provide good leadership and an output that borders on excellence, ethics must remain the watchword.
Posted by Chioma Umeha at 09:29