It was great excitement for Bisola Ogidi, 22, and her husband, Lanre, 28, when for the first time after


four years of childlessness she became pregnant. For them, it was a dream come through. But little did they know that Bisola will not be alive to carry her baby as she died while giving birth in a traditional birth attendant (TBA) home. 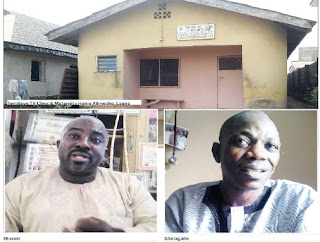 She was never asked to undergo any kind of test or scan throughout her visit to the TBA home. The woman in charge of the home, being an unskilled TBA, believed that all was well with Bisola and the unborn baby. Eventually Bisola struggled to deliver her baby. Exhausted, she died with the baby, which suffered fetal distress in her womb.

Isioma Alaka, 24, was pregnant for her second baby. Once she discovered this, Isioma registered with a TBA home, where the male attendant placed her on herbal medication.

She was not asked to go for any test or scan even when she complained of some bleeding.

At the ninth month, she visited the TBA home, where she was detained for two weeks without any sign of labour. But no sooner had the husband decided to take her to a health care than she died with the baby.

The sad narratives of Bisola and Isioma are typical examples out of a thousand other cases of preventable maternal deaths that occur in the country owing to growing patronage of TBA homes.

The CEMDOS research states: “Despite only contributing to two per cent of world population, Nigeria actually accounts for about 14 per cent of maternal deaths.”

The 2010 CEMDOS research on causes of death of pregnant women in the State showed that 90 per cent of the occurrence was due to delay from Traditional Birth Attendants (TBAs) and the Mission Home Birth Attendants (MHBAs) in seeking medical care for their clients.

Also, data that came from the two documentaries that told the story of horror of childbirth due to delays from TBAs and MHBAs, and the interventions that have been put in place by the government of Ondo State, for example, showed that 114 maternal deaths out of 4, 500 were traced to the TBAs/MHBAs.

However, Prince Olusesi Tajudeen, a traditional midwife registered with the Lagos State Board of Traditional Medicine, and President of Association of Traditional Midwifery of Nigeria, has dismissed the criticism trailing the activities of the TBA homes.

Olusesi, attributed the development to the rivalry between them and orthodox medicine practitioners.

He noted that the number of TBAs registered with the Lagos State Government Hospital Board is over 2,000, and “they are working very well with primary health care facilities”.

He argued: “WHO recognises us as traditional midwives, but due to the rivalry between us and orthodox practitioners, they call us traditional birth attendants. We are traditional midwives because we are close and dear to our community. At times when you ask some people to go to the hospital to give birth, they say ‘no, we want to visit our traditional birth attendants because it solves mysteries; first spiritually, second due to our culture, and three, the beliefs of our people’. They believe that there are some things we can do that the orthodox cannot do.”

And what are those things? He said: “Number one, in Africa, they can tie pregnancy spiritually, and the person will not be able to be delivered of the baby. Even if they carryout CS on the person, she will die. But through deliverance, the person would be saved,” he said.

“Number two, let’s say that the pregnant woman has complications, the orthodox practitioners would go for Caesarean Section. They will operate on the woman, but here, we have soups, we have powders that work in a miraculous way that the women will take. It is what we have used for years now. There are medical doctors that have challenged this, and they have now come to believe in it. It is genuine.

“God has blessed herbs and roots. That is why I have always said we should go back to nature because God has given us nature. Some years back, officials from the Akwa Ibom State Ministry of Health came to Lagos to learn how we were doing it. My office was one of the places they visited; my office was one of the case studies. They stayed here with their officials, and we showed them some herbs and how we do it”.

He concludes that “traditional medical practice is not a religion; it is a profession”.

When you pass through the training, you will know the kinds of herbs that you will administer on a pregnant woman at different levels of the pregnancy. ”

Prince Olusesi who owns a traditional birth home known as Sesiking Herbal Clinic averred that the real sources of problems are the auxiliary nurses trained by some unregistered and unskilled private, traditional and unorthodox hospitals. Indeed, according to him, a trained TBA, knows his/her limit.

Prince Olusesi would want the state government to assist the State Board of Traditional Medicine in monitoring quackery.

Fatai Ogunlade, Chairman, Agege Local Government Traditional Medicine Practitioners, and Director, Yewa Traditional Clinic and Maternity Home, decried the activities of quacks in the industry. For him “training makes people understand their limits, one of which is recognition of when to refer a client to an orthodox health facility”.

But most orthodox medicine practitioners see TBAs as unqualified to provide maternity services because they are “untrained.” Many maternal deaths in secondary and tertiary maternity facilities are actually blamed on TBAs who, it is said, after having messed up the women, hurriedly arrange their transfer to orthodox facilities. There, some are saved, while many others die because the damage to them had become too far gone to be remediable. A good number are actually brought in dead by relations who hope against all hope.

Prince Olusesi again denies this claim, a blaming ‘quack TBAs’ for unwholesome practices that lead to maternal deaths. In addition to training in traditional medicine and maternity practices, he said many of the registered TBAs also have western education and training.

For instance, Mrs. Opeyemi Sesi, a traditional midwife, who assists her husband at Sesiking Herbal Clinic, attended the Lagos State Polytechnic before she trained in general hospital under the auspices of the traditional medicine board, in addition to attending many seminars and workshops.

Ogunjimi Gbolagade, General Secretary of Lagos State Branch of the Association of Traditional Midwifery of Nigeria, and Director of Temitayo TR Clinic & Maternity Home in Alimosho said: “I registered in 1991 with the Board of Traditional Medicine. I went for IT at Isolo General Hospital.”

Registration and Menace of Quacks 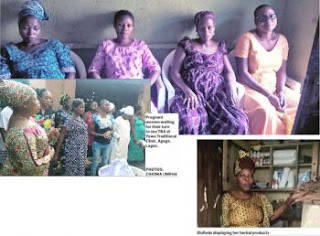 Recently, 40 unregistered TBAs responded to the call of the paramount ruler of Ikorodu, the Ayangburen, Oba Kabiru Adewale Shotobi, at a town hall meeting in Ikorodu, Lagos and were offered free registration with the Primary Health Care Board (PHCB), which could have cost them the sum of N6, 000 each.

When Independent asked if the registered TBAs were conforming to regulations guiding their practice, the Lagos Health Commissioner, Dr Jide Idris said: “Any practising TBA must now conform; that’s why they need to register, and if they don’t register we can capture them.

“We train them in how to take delivery in a safer way, but under the insurance scheme, there is no room for them. But, you cannot say, ‘I am stopping the TBAs’ when there is a gap. It is a disservice to our people.”

The Special Adviser to the Governor on Public Health, Dr. Olufemi Onanuga, also aligned his thought to earlier ones when he said: “In Ikorodu, we were able to catch many of them who were not registered. We have the registered TBAs who work in collaboration with the public health facilities and a board for them – Board of Traditional Medicine, where they are supposed to register.

“But, some of them – the illiterate and nonchalant are not registered. Through an enlightenment campaign, we are making sure that we educate them on the need to register.

“We have made up our mind to sanction any TBA who is not registered; the law is there and the law has to work. After all with our enlightenment campaign and everything, any TBA that is not registered, we make sure we sanction them,” Dr Onanuga explained.

On his part, the Chairman, Lagos State House of Assembly (LSHA) Committee on Health, Hon. Segun Olulade, has read the riot act, vowing that the state would crackdown on any unregistered TBA. He charged community leaders in Lagos State to fish out unregistered TBAs and ensure their registration as soon as possible; otherwise they will face the full wrath of the law.

Olulade, told Independent that some of the TBAs, including the unregistered ones, were exceeding the limits of their capabilities.

He blamed unregistered TBAs for contributing to the high maternal and infant mortality rates by failing to refer pregnant and nursing women with complications to public health facilities in time.

He explained that the acceptance of TBAs was due to the cultural beliefs of the people with the understanding that registered TBAs will work within acceptable limits. “Thus, they are not expected to use any orthodox medications, injections or instruments, because they are not technically trained to apply them”.
Posted by Chioma Umeha at 16:31