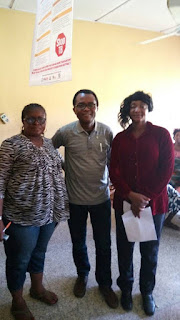 Government has been urged to increase funding and support People Living With HIV/AIDS (PLWHA), non-governmental organisations (NGOs) and partners working on HIV awareness in line with the global campaign for safer motherhood and HIV-free babies.


Making the call recently, was Mrs. Kadiri Oluseyi, Executive Director, Centre for Positive Health Organisation, Lagos State under the platform of Abidjan – Lagos – Corridor who further canvassed for elimination of stigma for People Living With HIV/AIDS.
According to her, support from government through increased funding and access to anti-retroviral (ARV) drugs will help to ameliorate the challlenges of PLWHA, especially pregnant mothers and help in the elimination of

Oluseyi said: “Government should support the People Living With HIV/AIDS (PLWHA), non-governmental organisations (NGOs) and partners working in the area of HIV, support groups with funds.
“Being a PLWA is not an easy task. PLWA is faced with a lot of discrimination. For instance, a lady came to us and complained that she was sacked from work because she is positive.
“Government should put more efforts to address stigmatisation. There should be intensive education on eliminating discrimination of PLWA. ”

According to her, the Abijan-Lagos Corridor Organisation is a HIV support group project that is working in partnership with the Badagry General Hospital ante natal unit.
The group is working towards HIV prevention, maternal health, tuberculosis prevention, treatment, care and support at the community level, she added.


“Our focus is that information reaches every individual about HIV counselling, testing and treatment. We also provide access, care and support especially to those that have tested positive. We believe that all those that have tested HIV positive must be treated with equal right. We Stand for justice,” the Executive Director said.


“Some of  the difficulties we face  is that most of the PLWA are always upset, not owning up to their status or visiting the hospital in line with the directive of their psychosocial counsellor. Some of them often refuse to be counselled or receive drugs. However, we don’t give up, we counsel the PLWA on the risk involved of his action on himself and the community. With persistent information, they often succumb.”


“Getting infected is one thing and accepting the result is another, likewise taking it upon oneself to live a positive life is also another thing. First, they need to accept that they are positive and second, is access to treatment. By the time they are beginning to access treatment and now fully in charge of themselves, knowing that they have to remain on treatment and live a positive life to avoid getting fresh infection or getting other people infected, definitely, the information would have become valuable.


Mrs. Salami Bukola, Psychosocial Counsellor Abidjan- Lagos Corridor, on her part said:” We monitor and follow-up PLWA, counsel them to accept their result and register to receive ARV drugs. We don’t force the PLWA; rather we tell them the negative impact of not registering and adhering to the prescription of the ARV.
“The drugs are free, but not all the tests are free. The two most important that are free is CD4 and viral load tests. We have recorded great success in this project. The PLWA pregnant mothers give birth to negative children.”
Posted by Chioma Umeha at 10:54