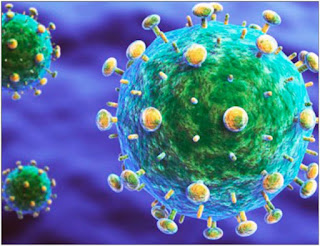 Experts have continued to strongly canvass for Nigeria to study Cuba’s model of infant HIV elimination since the World Health Organisation (WHO) declared Cuba as the first country in the world to eliminate Mother-To-Child Transmission (eMTCT) of HIV and syphilis to replicate same in the country.

Confirming this experts reason that if Nigeria adopts policies like Cuba which made history in June 2015, emerging the first country in the world to eliminate MTCT of HIV and syphilis she will achieve the same result.

The Joint United Nations programme on AIDS (UNAIDS) and World Health Organization (WHO) declared Cuba the first country in the world to eliminate the transmission of HIV and syphilis from mother to child.

WHO in a statement sent through an international delegation drafted from the joint United Nations programme on AIDS (UNAIDS) and Pan American Health Organisation (PAHO) who were in Cuba in March 2015, it (the world health body) certified the country as having met the criteria.

In 2013, only two children in Cuba were born with HIV and five with syphilis, the statement said.

The PAHO and WHO credited Cuba with offering women early access to prenatal care, HIV and syphilis testing, and treatment for mothers who test positive. The two organisations began an effort to end congenital transmission of HIV and syphilis in Cuba and other countries in the Americas in 2010.

Commenting, Dr. Dan Onwujekwe, Chief Researcher, Clinical Division, NIMR, said: “Ending MTCT of the deadly virus is achievable, it is doable. It is not rocket science, it is what we can do especially, if everyone knows their HIV status; if every woman, who is pregnant, knows her HIV status and is aware of the Prevention of MTCT HIV programme and begins treatment to suppress the viral load before she delivers. We need to also teach them the kind of breastfeeding practice to adopt after delivery, so that the virus is not transmitted to the baby.”

Onwujekwe also said: “The only different thing that Cuba has done is signing people for treatment early and making sure they manage them in labour and after delivery; that is all. It is doable, it is not magic. The whole world can achieve it.”

Similarly, Dr. Oliver Ezechi, the Deputy Director, Research & Consultant Obstetric gynaecologist, NIMR, reasoned, that if all pregnant women in the country can be reached with HIV test, with drugs administered on those found positive, apart from advising them on what to do, then the babies will come out negative as long as they adhere to instruction.

“Once we can reach a pregnant woman, we go ahead to carry out an HIV test on her. If she is positive, we administer a drug, advise her on what to do; if she follows it, that baby comes out negative. It is doable,” Ezechi said.

He also stressed: “We should also put laws in place, like imprisonment for those that infect others with the virus; knowingly or unknowingly. This is the reason why Cuba is the best country in the world. They have very tight rules and they know the consequences of deliberately exposing a child. If it were in Nigeria, they would go to court to say it is a breach of their fundamental human right.”

Commenting, in an online interview, the United Nations Children’s Fund (UNICEF) HIV Specialist, Dr. Abiola Davies, said this is good news; it means that elimination of Mother to Child Transmission (eMTCT) of HIV is achievable.

“It means if the appropriate policies and plans are put in place by a committed government, we shall also see better results in Nigeria,” Davies said, adding that a government-led programme with evidence-based plans at state and LGAs that is fully resourced will enable the country to achieve eMTCT of HIV. However, she regretted that most of HIV programmes are donor driven.
Posted by Chioma Umeha at 18:06