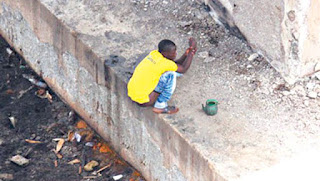 To achieve the Stop Diarrhoea Project which aims to reduce childhood diarrhoea by at least 50 per cent, experts in wastewater management have called on Lagos residents to maintain proper sanitation, hygiene and clean environment.
They urged residents to shun inappropriate and unhygienic acts of defecating in canals, drains and water bodies.
The call was made at a summit organised by the Ministry of Environment in collaboration with Save the Children International with the theme, ‘Wastewater management in Lagos State, charting a new vision.’
Lagos State Governor, Akinwumi Ambode, represented by Permanent Secretary, Ministry of Environment, Mr. Abiodun Bamgboye, said global best practices in wastewater management entail the use of modern methods to collect, transport and treat wastewater to acceptable standards prior to discharge into the environment or reuse.


Gov Ambode noted that stock taking of wastewater management in the state has shown that the huge potential in the sector remained untapped.
The governor said “The wastewater sector is a multi-billion naira industry which needs to be properly harnessed and tapped. The current population of over 22 million and existing wastewater infrastructural deficit of over 90 percent is a veritable opportunity for discerning investors and international companies in the sector.”
He said therefore enjoined investors to take advantage of the various opportunities in the State wastewater management.
Earlier, in his address, the Commissioner for  Environ-ment, Dr. Samuel Babatunde Adejare who was represented by the General Manager, Lagos State Parks and Gardens Agency, Mrs. Abimbola Jijoho-Ogun said there was still more to desire in a mega city that has moved from the use of pail latrines and night-soil systems by 85 per cent of the State’s population.
He further said the theme of the event – Wastewater Management in Lagos State: Charting a New Vision -identifies the improper wastewater management system that will ultimately lead to the spread and pollution of the environment as the government continues to pursue the goals of achieving an environment that is safe, secure and healthy across the State.
Adejare, said a lot still needs to be done in order to adequately reposition the wastewater sector, expressing optimism that the recent passage of the Environmental Management and Protection Law 2017 and the attendant setting up of the Lagos State Environmental Sanitation Corps (LAGSEC) will help actualise the objective.
Chief of Party, Stop Diarrhoea Initiative Project of Save the Children International, Dr. David Atemewalen, said the summit was a follow-up to the organisation’s support for the harmonisation of the WASH policy retreat previously held in Lagos state.
Atamewanen who was represented by the organisation’s Advocacy Adviser, Folake Kuti,  said that the goal is to chart a new course for wastewater management in terms of recycling and reusing for a cleaner and safer environment.
Kuti also said that the project could drastically reduce childhood diarrhea and other water borne diseases in Lagos state.
According to her, Save the Children stop diarrhea project is collaborating with the Lagos state government for a sustainable prevention and control of diarrhea in the state which has the second highest childhood diarrhea infection after Oyo state in the south west of Nigeria.
The Advocacy Adviser also said that the organisation is committed to the survival and welfare of children through healthy development, learning and rights protection.
Atemewalen said: “Save the children is an international organisation committed to the survival and welfare of children through healthy development, learning and rights protection. 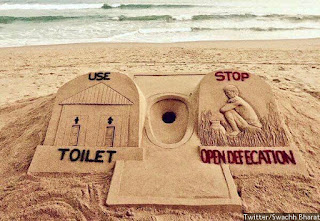 “This summit is strategic to our work and our project in Somolu local government, the stop diarrhoea project which aims to reduce childhood diarrhoea by at least 50 per cent.
“The Save the children stop diarrhoea project is collaborating with the Lagos state government for a sustainable prevention and control of diarrhoea in Lagos state which has the second highest childhood diarrhoea infection after Oyo state in the south west of the country.”
Posted by Chioma Umeha at 18:53