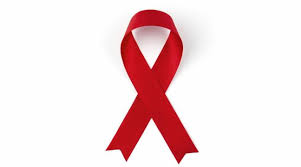 Akwa Ibom State will on Saturday, commence the first statewide 30-day survey of HIV/AIDS to fill gaps in its data about the condition.
Some 3,257 households and 16,936 individuals, including 7,791 children, have been mapped to be sampled across all 31 local government areas of the state starting on April 1.
The survey is funded by the United States Agency for International Development (USAID), with technical support from FHI360 under a project called Strengthening Integrated Delivery of HIV/AIDS Services (SIDHAS).
“The findings from this survey will help the government and its stakeholders to plan how best to address and find solutions to the problem of HIV & AIDS in communities, LGAs and in the state generally,” according to Robert Chiegil, Country Director, FHI 360 Nigeria, in a statement.
“It is a unique initiative that will generate precise data to describe the HIV epidemic in Akwa Ibom and also estimate the unmet need for HIV interventions in the state.
Akwa Ibom is among states where the United States President’s Emergency Plan for AIDS Relief (PEPFAR) has chosen to scale up HIV prevention and control strategies.
But, data to guide the scale up had “significant gaps and was limited for planning purposes,” said Chiegil.
“The survey is therefore intended to fill these gaps and provide a sound evidence base to guide and inform specific strategies for scaling up HIV prevention and control interventions in Akwa Ibom state.
The survey activities have been scheduled to start on April 1, 2017 and run for a period of about one month in all the 31 LGAs of the state.
The activities of the survey will involve HIV counselling and testing. The testing will be conducted under strict confidentiality.
For the testing, blood samples will be collected from members of households. This will be done by well trained personnel.
The sampled households have been previously mapped based on National Population Commission’s enumeration areas in each LGA.
To successfully drive this initiative, an effective survey management structure made up of highly competent personnel and experts has been put in place by the government and its stakeholders. The state survey management committee is led by the Akwa Ibom State Ministry of Health (SMOH) and is responsible for providing overall administrative oversight in the process.
This committee will receive technical support from the Akwa Ibom State Agency for the Control of AIDS (AKSACA), FHI 360 and relevant civil society organization (CSO) networks including the Network of People Living with HIV/AIDS in Nigeria(NEPWHAN) and Civil Society for HIV/AIDS in Nigeria (CISHAN)
Every citizen in the state has been urged   to actively participate in the exercise to ensure the success of the process.
FHI360, which is providing technical support for the survey, is a well-established organisation in the field of public health.