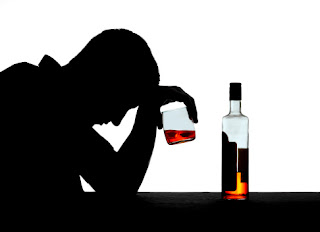 By Chioma Umeha
Drinking excessive amounts of alcohol can increase a person’s chances of dying from a heart attack.
The result of a study published online on Tuesday, said that alcohol increases the risk of people suffering from heart disease as much as any other well-established risk factors such as diabetes, obesity or smoking.
Thousands of heart attacks and heart failure could be avoided each year if alcohol abuse was completely eradicated.
Cardiovascular diseases (CVDs) are the No 1 killer of both men and women around the world. World Health Organisation data suggests that in 2012, 31 per cent of all global deaths were due to CVDs.
Thousands suffer heart attacks, congestive heart failure and atrial fibrillation each year.
Alcohol abuse – considered to be the habitual excessive consumption of alcohol – has previously been linked to an increased risk of a number of health problems including high blood pressure, diabetes, smoking and obesity.
However a new study has also linked drinking problems to a range of heart conditions.
Experts analysed data from almost 15 million patients in California – 1.8 per cent (or 268,000) had been diagnosed with alcohol abuse.
The researchers found that alcohol abuse was associated with a doubled risk of irregular heartbeat, a 1.4-fold increased risk of heart attack and a 2.3-fold increased risk of heart failure.
A heart attack (myocardial infarction or MI) is a serious medical emergency in which the supply of blood to the heart is suddenly blocked, usually by a blood clot.
Alcohol abuse is less often mentioned, though it is a major risk factor. This is because moderate alcohol consumption has been shown in various studies to lower the risk of heart problems, so there can be confusion regarding the impact that booze has on health.
In a study published in the Journal of the American College of Cardiology, scientists have shown that alcohol abuse is as important a risk factor as all the others and that reducing alcohol abuse might result in meaningful reductions of heart disease around the world.
“We found that even if you have no underlying risk factors, abuse of alcohol still increases the risk of these heart conditions,” said Dr Gregory Marcus, lead researcher from the University of California in San Francisco.
“We were somewhat surprised to find those diagnosed with some form of alcohol abuse were at significantly higher risk of a heart attack.
“We hope this data will temper the enthusiasm for drinking in excess and will avoid any justification for excessive drinking because people think it will be good for their heart.
“This data pretty clearly prove the opposite.”
The study did not quantify how much patients drank – just that they had alcohol abuse listed in their medical records.
In an accompanying editorial, Dr Michael Criqui, also from the University of California, said that previous studies that have found a benefit from alcohol consumption in protecting against heart attack and congestive heart failure were cohort studies which tend to recruit stable, co-operative and health-conscious participants.
“Cohort studies have minimal participation by true alcohol abusers, so the current study likely presents a more valid picture of heavy drinking outcomes,” he wrote.
Sarah Toule, head of health information at World Cancer Research Fund, said: “This adds to the evidence that any health benefit people think alcohol may have is outweighed by its dangerous effects.
“For example, when it comes to cancer prevention, any amount of alcohol, not just heavy drinking, increases people’s risk of developing a number of common cancers including breast and bowel.
“In fact, if no one drank, about 21,000 cancers cases could be prevented every year in the UK.”
The study was published in the Journal of the American College of Cardiology.