Embryo Transfer: What To Expect Before, During And After 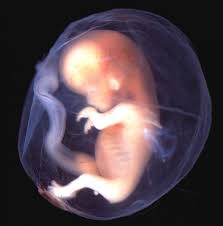 By Chioma Umeha
Assisted hatching (AH): A study in the Reproductive Biomedicine Online found that the process of assisted hatching – weakening the outer layer of the embryo before it is transferred to the uterus – does not improve pregnancy and implantation rates in women who are having fresh embryos transferred. The researchers noted, however, that women having frozen embryos implanted do benefit from having their embryos treated in this way.
How many embryos are transferred?
There are still differences in practice as to how many embryos are transferred into the woman’s uterus. In many cases, only one fertilized embryo is transferred to the uterus, while other doctors believe that two fertilized embryos increase the chances of a successful pregnancy.
According to guidelines set out by the International Journal of Gynaecology and Obstetrics, the number of fresh embryos to be transferred varies according to the woman’s age and outlook. In many cases, no more than two embryos will be used. For women under the age of 35 with an excellent chance of pregnancy, doctors will consider using just one embryo.
A recent study posted in Fertility and Sterility showed that single embryo transfer in women less than 38 years of age reduces the risk of multiple births, yet does not seem to affect live birth rates. This is important to note, as many doctors recommend using multiple embryos to ensure pregnancy. This research indicates that multiple embryos may not be necessary.
When the woman’s chances for pregnancy seem to be low, doctors may opt to use a technique called heavy load transfer (HLT), in which three or more embryos are transferred to the uterus. According to a study in Facts, Views & Vision in Obgyn, HLT should be recommended in patients with a poor natural outlook, as it is likely to boost pregnancy rates to an acceptable level.
Success rates of embryo transfers
The rate of success for embryo transfers may vary based on the transfer method used.
According to a study posted in the International Journal of Reproductive Medicine, there is no statistical difference between using fresh and frozen embryos. Embryo transfers using fresh embryos had a 23 per cent pregnancy rate, whereas frozen embryos had an 18 per cent pregnancy rate.
The study showed that frozen embryos could also be used for additional embryo transfers where fresh embryos could not. If the chance for pregnancy is low, doctors may consider freezing additional embryos for a second attempt at embryo transfer at a later date.
Individual success rates can vary and may depend upon the cause of infertility, ethnic backgrounds, and genetic disorders.