Everything You Need To Know About Zika Virus …… DAILY BEAST

What it Zika?
Zika is a mosquito-borne illness named for the forest in Uganda where it originates. American and European scientists unintentionally discovered it in 1947 while studying a rhesus monkey for yellow fever. It did not appear in humans until 1952 when it was reported in Uganda and the United Republic of Tanzania.
Is this the first outbreak of this scale?
Yes. The first major outbreak of Zika occurred in Micronesia in 2007. There were just 49 confirmed cases and no hospitalizations. The next was 2013-2014 in French Polynesia, which resulted in a total of 19,000 suspected cases. Experts estimate that the number of those affected in the current outbreak has already passed 1 million.
What happens to those infected?
In one out of five cases, nothing. Only 20 percent of those infected show symptoms—the most common of which include fever, joint pain, red eyes, and a bumpy rash. The illness is generally mild, rarely fatal, and typically gone in a week.
ADVERTISEMENT
Why is it so dangerous?
Zika has been linked to two serious autoimmune and neurological complications. The first is microcephaly, a severe birth defect characterized by an abnormally small head. The underdeveloped brain can lead to a host of other problems, including behavioral delays, trouble walking, and blindness. There is no cure.
Second is Guillain-Barré syndrome (GBS), a rare disorder in which the body’s immune systems attacks its own nerve cells, resulting in weakened muscles or, less commonly, paralysis. Some recover fully from GBS, while others have it for life. 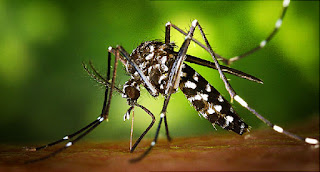 Is there proof that Zika causes these things?
No. Since the first major outbreak of the disease did not occur until 2007 there is limited research on the topic. At the moment, the virus is showing a stronger link to microcephaly than GBS, with Brazil reporting nearly 3,500 suspected cases in newborns since last fall.
It’s important to note that whether or not all of these infants have microcephaly remains unclear. Brazilian authorities have reportedly only tested 720 of the 3,448 suspected cases—of which, just 400 have been confirmed. Scientists are still trying to determine the reason for false positives.
How is Zika spread?
The main route of transmission for the disease is Aedes mosquitoes—“yellow fever mosquitoes,” which are distinguishable through white markings on their legs. They are most active in the morning and evening; at night they hide in dark, cool places. Originating in Africa, they now fly on every continent but Antarctica.
Can Zika be sexually transmitted too?
Yes, but its unclear how often this happens. Previous to the current outbreak, scientists had identified just two cases of sexual transmission. But this week in Texas, authorities confirmed that a man had been infected after having sex with someone who just returned from Venezuela.
Why didn’t scientists study that connection earlier?
They tried. A researcher named Brian Roy wrote a 2011 paper published in the journal ofEmerging Infectious Diseases arguing that there was evidence of sexual transmission and that it warranted further study. His requests for additional funding to continue his work were denied.
Is it safe to travel?
U.S. authorities have issued travel warnings for the 20 countries in which Zika is spreading, suggesting travel to those countries be delayed indefinitely (especially for pregnant women). The Centers for Disease Control and Prevention suggests that those who travel take every precaution to prevent mosquito bites and practice safe sex.
Once someone has had Zika, how long does it remain in his or her system?
This is one of the biggest questions facing researchers. Most scientists agree that the virus remains in the blood for no more than a week, but they are generally unclear whether it stays active in other bodily fluids.
Of particular concern is semen, which was found to be carrying Zika in one man 10 weeksafter he was diagnosed. On Friday, Brazilians scientists discovered the virus in saliva and urine as well, which is likely to prompt even tighter travel restrictions.
Is there a vaccine to fix this?
Not yet. Several groups of scientists have been hard at work on Zika vaccines for the past few years, but none are close to getting their medicine on the market. An Indian biotech firm which claims to have two Zika vaccines has requested that the World Health Organization fast track the process of getting approval—which takes years.
How will we stop it?
The CDC and WHO are adamant that, despite its ability to be spread by humans, mosquitoes are the “real culprit” of Zika. Experts worldwide have been weighing in on possible solutions, with some suggesting we eliminate the yellow fever species of mosquitoes. Others have a more ambitious vision: “Kill them all.”