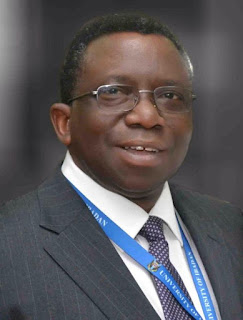 By Chioma Umeha
Prof. Isaac Adewole, Minister of Health, on Tuesday, announced that the Federal Government, along with stakeholders has commenced the implementation of the Food Safety Policy.
He also revealed that the government will soon produce a draft of National Food Safety & Quality (NFSQ) Bill and working paper on food safety.
Adewole made this known at the first Nigeria Food Safety and Investment forum organised by United Nations Industrial Development Organization (UNIDO) held in Lagos, explaining that the stakeholders that constitute the National Food Safety Management Committee (NFSMC).
He however observed that the country still has lots of grounds to cover before getting to the point where we can fully benefit from this draft bill and the institutional reforms.
The Minister further pledged that the Federal Ministry of Health will continue to support National Agency for Food and Drugs Administration and Control (NAFDAC), as government’s specialised agency with the mandate to protect Nigerians from the consumption of unwholesome foods, to effectively carry out its mandate in terms of food safety governance.
He restated that NAFDAC has the responsibility to regulate and control the manufacture, importation, exportation, advertisement, distribution, sale and use of all processed and/or packaged food in the country.
Adewole further lamented that food borne diseases impedes socio-economic development by straining healthcare systems and arming national economies, tourism and trades.
“Food safety incidents have had negative effects on public health, trades and livelihoods and on countries’ economies.
“People are consequently exposed to significant risks of food contamination.
“Unsafe foods containing harmful bacteria, viruses and parasites are indicated in over 200 diseases ranging from diarrhea to cancer.
“An estimate shows that about 600 million people accounting for one in 10 globally fall ill after eating contaminated food.
“And about 420,000 die every year; in addition, children under five years old carry 40 per cent of the food-borne disease burden with 125,000 deaths every year, “ he said.
The minister said that lack of access to food influenced food intake and subsequently impacting on the health and nutritional sectors.
He said, “According to the World Health Organisation in 2015, access to sufficient food in safe and nutritious components is central to sustaining life and promoting good health.
“The negative impact of unsafe food is enormous and also creates a vicious circle of diseases and malnutrition.
“Particularly affecting infants, young children, elderly and the sick, “ he said.
Meanwhile, the Minister of Agriculture and Rural Development, Chief Audi Ogbeh, pledged government’s readiness to take issues of food safety seriously in order to safe guard the economic and public health of Nigerians.
Ogbeh who made the keynote address at the summit said: “The issues of all-encompassing food safety and public health can no longer be treated with levity in Nigeria.
“It has therefore, become necessary for us as a nation, to take this matter very seriously as regards the nation’s food security and global / international standards as the benchmark for our agricultural commodities to attract global competitiveness.
“The plain truth is that the boom era of huge oil revenues has come to an end, and the only way out is agriculture.
“This will involve mass cultivation, quality assurance, self-sufficiency and export targets in rapidly diversifying our economy for inclusive growth and sustainable development,” Ogbeh said.
Similarly, The Minister of Science and Technology, Dr Ogbonnaya Onu, who was represented by Dr Gloria Elemo of the Federal Institute of Industrial Research , Oshodi identified issues of food safety regulations in the country.
“There is need to strengthen food safety in the country. “However, lack of awareness for social importance of food safety and lack of coordination and synergy among the key players in the food safety system, pose as challenges.
“Others include inadequate infrastructure and resources, inadéquate financial investments, weak food control systems , obsolete food regulation systems as well as inability to enforce compliance to international standards.
“Also, Lack of data and information on incidences of food borne disease outbreaks, uncoordinated response to food borne epidemics and insufficient food supply chain are identified challenges,” he said
The minister said that based on these, there were obvious needs to strengthen the food safety system at all levels to ensure that all Nigerians key in into utilizing our local products and standard sets are complied with.
He also urged the public as well as the private sector to have vested interest in achieving food safety , for the overall benefit of the citizen
The Director Trade and Investment, UNIDO, Mr Bernado Calzadilla- Sarmiento, has said that trade investment and promotion were key drivers for economic and inclusive growth.
Calzadilla- Sarmiento also made the assertion at the first country’s Food Safety and Investment Forum on Tuesday in Lagos.
The theme of the Forum is: “ Examining the Interconnection of Food, Safety, Public Health, Investment and Food Trade.
The director said that concerted efforts from the private, public sectors and the academia were required to ensure global food safety and economic growth.
He said that food safety was fundamental to public safety and required a gamut of collaboration from all sectors.
“We cannot achieve food safety without this collaboration,’’ Calzadilla – Sacramento said.
He noted that after the hosting of the international food safety conference in Vienna, stakeholders from the Nigerian food industry pushed for a replication in Nigeria.
He hoped that the food safety forum would become a yearly event.
He said that overcoming the critical issues surrounding food safety required a multi sectored approach.
The forum put forward by the European Union, UNIDO and in partnership with the Nigerian government.
It focuses on the promotion of inclusive and sustainable industrialization by identifying, attracting and mobilizing investments and appropriate technologies for small and medium enterprises.
The forum featured six development partners and foreign participants, exhibitors, over 135 registered participants and 124 visitors.