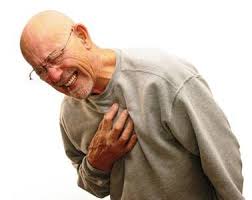 Millions of peosple take fish oil supplements for heart health, but a new report from the American Heart Associations shows not everyone may benefit from it.
An online news agency said that the report, published in the American Heart Association journal Circulation, found that omega-3 fish oil supplements can help people who have suffered a heart attack or heart failure in the past.
But, there was not enough evidence to support their use in people without a history of heart trouble.
44-year-old Anurag Mehta has been on omega-3 fish oil since suffering a heart attack at a young age.
“I had high cholesterol. And I was 33 so I kind of more of less ignored it. I’d gotten quite sedentary in terms of lifestyle,” he said in an online report.
Mehta credits omega-three fish oil as well as lifestyle changes for keeping him healthy since his heart attack.
“I’ve never stopped,” he said. “For 11 years, I’ve been taking it every day.”
For the study, researchers reviewed the findings of all randomized clinical trials that evaluated a potential role for fish oil supplements to prevent cardiovascular diseases. Those studies assessed the impact of omega-3 fish oil supplements on heart attacks, strokes, atrial fibrillation and other health issues.
“Scientific findings from the past two decades that focused on the prevention of cardiovascular diseases continue to show that among people who are at risk of dying from heart disease, the potential benefit of omega-3 fish oil supplements is still useful for people who have had a recent heart attack,” David Siscovick, M.D., M.P.H., chair of the writing committee, said in a statement.
Additionally, “they found evidence in patients with congestive heart failure, a weakened heart muscle, it helps reduce their risk of death and reduce their risk of repeat hospitalization,” Dr. Ravi Dave, director of UCLA Santa Monica Cardiology and Imaging, told CBS News.
However, when it comes to the general population, the American Heart Association says it cannot recommend the supplements because there is not enough scientific evidence to show that they prevent heart disease.
Fish oil supplements are very popular in the United States, with almost 19 million adults taking them per year.
Dr. Dave recommends fish oil for all his heart patients, especially for those who do not eat fish.