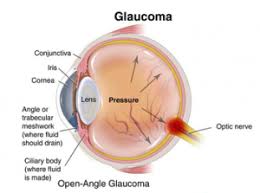 By Chioma Umeha
Unless urgent steps are taken by the policymakers, an appreciable percentage of residents of five South East states may risk blindness in no distant time, experts have warned.
The experts from the Ophthalmological Society of Nigeria (OSN) and the South East Ophthalmologist’s Forum (SEOF) in partnership with Pfizer raised the alarm while decrying the growing incidence of eye threatening disease – Glaucoma in affected States in the zone.
Rising from a one-day symposium on the effect of the dreaded eye ailment weekend, in Enugu, the experts called for immediate concerted efforts by both public and private sector to tackle issue.
The organisers explained that their fears were informed by the outcome of a research conducted by the eyecare specialists in the country which showed that the south east has the highest prevalence of severe visual impairments of people over 40 years, with two per cent of residents of the zone already down with the disease.
In view of this, specialists from all the specialist hospitals in Abia, Anambra, Enugu, Ebonyi and Imo states converged in Enugu state for a one-day brainstorming session on how to find solution to the problem.
The forum also plans to adopt new strategies and would soon commence fresh research on why the zone is the worst hit compared to other in the country.
The Director of Corporate Affairs Pfizer, Margaret Olele, intimated that Pfizer is committed to contributing positively to patient care in the nation’s communities with relevant stakeholders to reduce the burden of Glaucoma.
The Glaucoma Symposium is designed to update health care professionals on the latest advances in medical and surgical management of Glaucoma. It throws more light in Glaucoma management, medicals, surgical techniques and the burden of the disease in sub-saharan Africa and Nigeria.
Addressing newsmen during one of the sessions, the chairperson of SEOF, Prof. Rich Umeh stated that the aggressive approach had become imperative in the war against Glaucoma.
“This is where the media, Church and community groups come in. Everybody has to join this campaign to stem the tide.”
Also, the National President of the Ophthalmological Society of Nigeria, Prof. Sebastine Nwosu and the facilitator of the forum, Dr. Nkiru Akaraiwe said the challenge had become worrisome to them.
Prof. Nwosu urged persons whose relatives suffered eye diseases not to hesitate in subjecting their own eyes to regular tests. Emphasising the prevalence of Glaucoma in the zone, the medical experts, noted that it would be a public health crisis if they failed to do anything despite their training as ophthalmologists.
He however, urged affected families to approach specialists in good time.
According to the specialists, Glaucoma blindness was the commonest eye disease in the zone with prevalence rate of 1.2 percent compared to other zones with less than 0.3 per cent. The implications, they noted was that out of every 100 blind persons, one or two would have suffered Glaucoma.
“This is obviously genetic, not because of what we eat or drink. We want to alert people on the need to go through eye checks once or twice every year. If you have a relative that had eye problem, the person is blind, it simply means you have to subject your entire family to go through Glaucoma check immediately because Glaucoma will not give you any signal before it comes,” Prof. Umeh noted.
She noted that though research was conducted ten years ago, other studies done in segments have shown that the situation had even worsened, adding that it had become imperative for specialists, and policy makers to equally come up with new strategies.
“The age forty is actually the most active year and it will be unthinkable for young men to get to irreversible blindness. We must do something urgently,” she stated.
For Dr. Nkiru Kizor-Akariwe: “You rather lose a leg than lose your vision. So everybody should take advantage of the expertise offered by the University of Nigeria Teaching Hospital, Enugu, the Park Lane Specialists Hospital, GRA Enugu and other Government hospitals across the South East,” Kizor-Akariwe added.
Participants were drawn from various hospitals in the region.