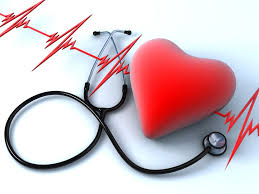 By Chioma Umeha
Following sharp decrease in the proposed health sector budget for 2017 in members of Civil Society Organisations(CSO) Lagos State Civil Society Partnership (LACSOP), while condemning the reduction called for an urgent review.
It would be recalled that Governor Akinwunmi Ambode, last month, presented the 2017 Lagos state budget proposal of N813 billion to the State House of Assembly.
Though the entire budget increased by N150 billion when compared to the 2016 budget of N662.6 billion, the health budget reduced from N64 billion (9.76 per cent of the budget in 2016) to N57.29 billion (7.05 per cent in 2017).
The group which seeks for improvement of maternal and newborn health(MNH) services in the State, said, this is a far cry from the targeted 15 per cent health budget pledge made in 2001 by African Heads of States.
Reacting to this development, the LASAM Co-Chairperson, Barr Ayo Adebusoye, expressed dismay over the decrease of the health budget in 2017.