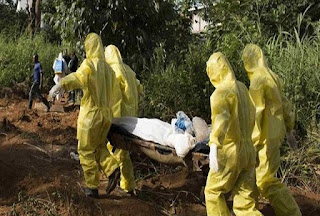 There was pandemonium in Kaduna on Monday as news filtered out that four people had died from lassa fever in the state.
Professor Jonathan Nok, the state Commissioner for Health who confirmed the deaths to newsmen said that the four persons died at the Saint Louis Specialist Hospital in Zonkwa, Zango Kataf Local Government Area of the State.
According to the commissioner, a medical doctor, a nurse and a pregnant woman were among the deceased.
He said that the doctor and the nurse had shown symptoms of Lassa fever shortly after they operated on the pregnant woman who was brought in from another hospital in Kafanchan, Jama’a local government.
According to him the victims died few days after they tested positive to the disease.
The Commissioner said the affected hospitals have been put under isolation with the intention of tracing the primary and secondary contacts with the deceased persons.
He however urged residents not to panic that the government is on top of the situation. He further advised residents of the state to maintain personal hygiene around their homes.