Dr. Robert K Zurawin, is an Associate Professor at the Baylor College of Medicine in the United States(US). In this interview with CHIOMA UMEHA, Zurawi   spoke on endometriosis in adolescent girls, its symptoms, health implication and treatment.

What is endometriosis?
Endometriosis is a medical condition that occurs when the lining of the uterus, called the endometrium, grows in other places, such as the fallopian tubes, ovaries or along the pelvis. When that lining breaks down, like the regular lining in the uterus that produces the menstruation, it has nowhere to go. This causes cysts, heavy periods, severe cramps and even infertility.
Can you explain the symptoms of endometriosis?
The symptoms include, painful periods, dysmenorrhoea which is pain usually in the pelvis or lower abdomen. The second symptom is severe crippling pain especially while having sexual intercourse; these are the two major symptoms.
So, the third is infertility. If a woman has painful periods and she is unable to conceive, those are the three main warning signs of endometriosis. The rest that women should look out for are nausea, fatigue, and all these things can vary in different conditions, but those I mentioned earlier are the top three.
What is the situation in USA and how do you compare it to Nigeria’s situation?
Surprisingly, in the United State we have similar problem of under diagnosis, for failure to diagnose endometriosis not only in adult, especially in the young women. I have personally seen endometriosis in teenagers of 12 and 13; of course before they turn 19 they have reached the severe stage three or four of endometriosis.
The problem even in the United State is that they have been sent from doctor to doctor, gastroenterologist to pain specialist to psychiatrists to general surgeons without the real diagnosis. So how it relates to Nigeria is that fibroid is a lot of problem strictly among the Nigerian populace, especially in older women. However, in the younger women you do not see fibroids of course it takes a while to develop, you see more of endometriosis. The way that we encourage people both in the United States and Nigeria is same. We tell them to beware of endometriosis. It occurs in girls who have severe menstrual pains that are not responding to certain therapy like oral contraceptives; in such situation it is most likely to be endometriosis.
So both in the United States and in Nigeria, the simple way is to screen women, give them a three month treatment, if they respond it means it is not endometriosis. If they don’t respond in three months you recommend further examination like laparoscopy. Even in the United States 50 per cent of young women who don’t respond to treatment and laparoscopy are found to have endometriosis.
In summary, I think   both countries have the problem of awareness that endometriosis exists. In addition to that is the education of the doctors. We need to educate women especially, mothers of young women or the young women themselves in schools that if they have symptoms that are suggesting that they have endometriosis to seek care. Also, they should be aware of the need to go to the right consultant. They shouldn’t have to go to six or eight doctors before diagnosis.
Is it right for a woman who has endometriosis to take her daughter that is not of menstruating age to a doctor for its treatment?
We do know that endometriosis has a tendency to run in family, but if a woman has children, especially if she had them when she was younger, it doesn’t mean that her children are going to have endometriosis.
However, I will recommend that a mother should let her daughter be aware that there is a possibility of having endometriosis. If she has the symptoms that suggest endometriosis, then she should be checked.
That doesn’t mean that if she is feeling fine, she should be taken to the doctor, but at least let her be aware that there is potential of having the problem in the future. 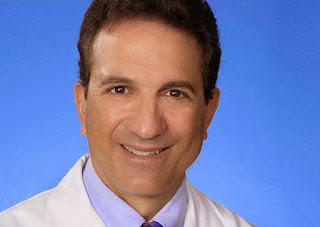 Can you compare the response of people that present with the symptoms and management of endometriosis in the US and Nigeria?
Amazingly, it is similar between US and Nigeria because there is no diagnosis except for the understanding of the proper treatment of endometriosis. Not everybody who treats it does the right thing. For instance, if you suspect endometriosis and then have a laparoscopy, there is   a proper way of removing   endometriosis and that reduces the chances of it causing problems.
Not everybody does the right surgery, not even in the United States. They may do incomplete surgery and the symptoms will remain there.
So, just like in the US, if the doctors here in Nigeria are not well trained on the treatment of endometriosis that is mostly surgery, such doctor will do whatever he likes to the patient, the symptoms will still be there. But, if the doctor is well trained, he will be able to carry it out. That is why we commend Dr. Abayomi Ajayi of Nordica, he has done a good job in endometriosis awareness here in Nigeria.
What are the methods that can be deployed to train doctors without awareness of endometriosis?
I think endometriosis should be an important part of the curriculum in residency training and as diagnosis becomes more common, young gynaecologists will learn from the senior doctors during their residency training.
So the awareness can come in form of training. The doctors should be trained to understand that endometriosis is a problem and correct ways of treating it. There are certain centres in Nigeria that are already doing a good work, but I think there is more work to be done for the future. Government should help to establish training centres. I think it is one of the investments that government can do. In the United States, government supports doctors to create awareness in endometriosis.   If the   Nigerian government can help to establish and support   training centres, the country will have well trained doctors that can treat the disease and that will stop Nigerians from travelling abroad to treat endometriosis.
You said that women with endometriosis suffer infertility, pains during menstrual period and sexual intercourse. In treatment, which of the problems do you prioritise; do you focus on the pain or infertility?
We have to separate the issue of pains from infertility. Now there is a reproductive technology as we have here in Nordica that can be used to assist women who are finding it difficult to get pregnant, so you can still have endometriosis and have children. This may require IVF or other procedures that allow you have the baby even if you have endometriosis.
The issue of treatment is a matter of the patient’s choice; the patient has to decide. Does the patient want to get pregnant now or later or never? If she never wants to get pregnant then the proper treatment for endometriosis has to be recommended – which is mainly surgery. And when the surgery is done properly, the endometriosis won’t come back.
However, if you want to get pregnant with endometriosis, then you have to go to fertility specialist. So that’s the point.