By Chioma Umeha
About three billion US dollars is lost to malaria yearly due to out of pocket treatment and prevention costs.  This amount could pay the annual salaries of 2.2 million Nigerians on minimum wage.”
This statistics is based on a recent report from experts working with a public h 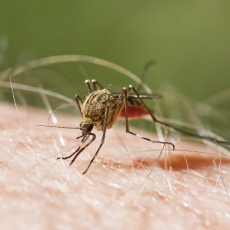 The SFH experts also say that the socio-economic and health burden of malaria is high. The disease constitutes “a major cause of absenteeism in schools, offices and markets, and affects the national economy.”
Malaria accounts for about six out of 10 out-patient visits and three of 10 admissions in healthcare facilities. They further state that malaria accounts for 11 per cent of maternal mortality and three of 10 deaths in children less than five years.
The trend is worrisome to experts who say that Nigeria accounts for one-third of global malaria deaths.
According to them the disease is also responsible for a quarter of all infant-related deaths and one-third of deaths in children less than five years.
Meanwhile, studies by organisations that work in several areas of public health also show that a significant contributor to malaria’s deadly count in Nigeria is inadequate knowledge and information on the part of caregivers and the citizenry.
Only two of 10 caregivers use Artemisinin Combination Therapy, the gold standard, to treat malaria in children that are under five years. Only three out of 10 children received treatment within 24 hours when they had malaria.
Even with the treatment, the statistics show that only one out of 20 children was tested before treatment. The situation was the same with adults.
Less than half of all households own recommended Long Lasting Insecticide Nets (LLIN). Even worse, only 35 per cent of family members slept inside LLIN nets where available.
Against this backdrop, the National Malaria Elimination Programme (NMEP) has adopted a strategic plan to ensure total elimination of malaria in Nigeria by 2020.
Announcing this, was a top official of the Federal Ministry of Health, Dr Perpetua Uhomoibhi, at a forum with health writers in Lagos, weekend, while making her presentation titled: “Media Health Editors as Advocates to Malaria Elimination in Nigeria.”
Uhomoibhi, who is the Director of Monitoring and Evaluation of NMEP in the ministry, says the strategic plan was now focusing on reducing the malaria burden drastically.
“Our national elimination programme strategic plan now is focusing on bringing the malaria burden to pre-elimination level by 2020 and reducing the malaria death to zero by 2020.”
She explains that NMEP would collaborate with the media to ensure that effective information and actions required to eliminate malaria got to Nigerians.
Uhomoibhi represented the National Coordinator of NMEP, Dr Audu Mohammed.
She insists that it was necessary for the media to be equipped with adequate information on the prevention, diagnosis and treatment of malaria.
Uhomoibhi and Mr. Bright Ekweremadu, Managing Director of the Society for Family Health, jointly urges players in the media ecosystem to consider it a social responsibility to draw the attention of Nigerians to the scourge of malaria.
The SFH and the NMEP further insists on a nationwide alert on the consequences of neglecting malaria and urges the media to prioritise the disease and make it a matter of national concern given the effects of the ailment.
Nollywood star Kate Henshaw signed on to support the malaria advocacy programme at the event held at the Lagos Sheraton Hotel.
Kate Henshaw decries the attitude of Nigerians who look down on the sickness or consider it with condescending familiarity despite the harm it causes.
Henshaw states: “In those days, people spoke about malaria as if it belonged to them with expressions like ‘I have malaria,’ ‘my malaria’ and ‘ordinary malaria.’ Surprisingly, after many years, these terms are still common place among family members, colleagues, and friends, irrespective of class or level of education.”
She declares: “I have committed myself to support the fight against malaria in Nigeria by letting people know the benefits of sleeping inside the Long Lasting Insecticidal Nets, especially for children under  five and pregnant women. It is also very important to have a Rapid Diagnostic Test done or microscopy done to be sure it is malaria before administering treatment with Artemisinin-based Combination Therapy – (ACT).”
SFH also enlisted the cast of Papa Ajasco and Company, the comedy group run by Wale Adenuga Productions, as well as Nnenna and Friends, also from the same stable in the malaria advocacy programme.