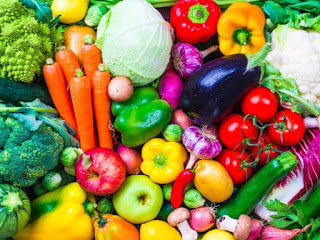 By Chioma Umeha
In line with its commitment to a healthy environment Promasidor Nigeria has pledged to abide by standards in line with best international practices.
The Head, Legal and Public Relations, Promasidor Nigeria, Mr. Andrew Enahoro, made the commitment saying that the firm has been keeping to regulations on healthy environment, noting that it is very essential for businesses to adhere to environmental laws in order to survive. It also for the benefit of people living within that locality, the firm said.
Enahoro stated that in order to achieve a healthy environment that is free from pollution, there is need for collaboration between organisations and government on ways of making the society safe for living despite the threat of global warming.
He said Promasidor’s efforts in keeping its environment free from pollution and other health hazards has endeared the company to its host community in Isolo where it operates.
This was as a result of the giant strides it made to ensure compliance with the state environmental regulations and standards, thereby contributing to carbon reduction in the environment through mitigated measures against global warming and climate change.
Also, the Managing Director of the company, Mr. Olivier Thiry, explained that the food company will not relent in adhering to environmental regulations as stipulated by government at federal and state levels.
He stated that in pursuit of a greener environment, the company has before now, installed equipment that are eco-friendly in its premises and this has eliminated health risk to people in its locality.
It has put in place facility on solar energy, which generates electricity from sunlight and can be fed into the main electricity supply of the organisation. This has greatly helped the organisation in reducing noise level from the use of generating sets used to complement the epileptic power supply in the country.
This is in line with what is widely practiced in other developed economies where private organisations are meant to generate some percentage of the required power for the production and delivery of their products and services.
This does not produce any pollutant and is one of the cleanest sources of energy. In comparison, solar energy promotes the essence of keeping the environment green in compliance with regulations from government.