NMEP Ready To Rid Nigeria Of Malaria By 2030 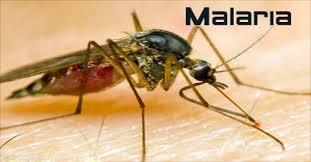 The National Malaria Elimination Programme (NMEP) on Tuesday said it was set to rid the country of malaria by 2030.
Mrs. Itohowo Uko, the Head of Advocacy, Communication and Social Mobilisation (NMEP) said this at a social mobilisation committee meeting on weekend, in Abuja.
Uko said eliminating malaria required prompt approach “and everybody must play a part even at the household level.”
She also said the World Malaria Day which would be marked on April 25 gave the committee a platform to showcase and educate the public on the dangers associated with the disease.
She added that “the essence of the World Malaria Day is to create awareness on the dangers of the disease and the importance of accessing available interventions.”
She explained that the theme for this year is “No One Should Die From Mosquito Bite! Your Role is to protect yourself and your family from malaria, so we can all end malaria for good in Nigeria.”
Uko added that if the disease was eradicated, money spent for drugs and hospital services would be channeled into something else.
She, therefore, urged Nigerians to maintain proper hygiene, avoid stagnant water and keep their environment clean at all times
Commenting, Dr Uzodinma Adirieje, the Deputy Chairman, National World Malaria Day Committee, said that the country had made modest efforts so far in the fight against the disease, but was yet to achieve the desired success.
He added that achieving the desired goal would require consistent national focus on malaria control.
He noted that “Nigeria has what it takes to mobilise resources to control diseases and end malaria.
“Individuals, the private sector, government and civil society organisations are working toward achieving that.”