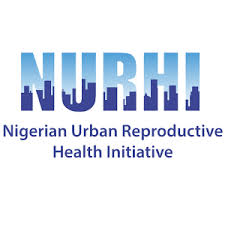 URHI), a Bill and Melinda Gates Foundation project, says it has embarked on 72-hour renovation of 50 selected public health facilities in Lagos.

Under the programme, NURHI would commence and complete renovation of some selected primary health centres (PHC) or hospitals, within 72 hours.
Dr Omosanjuwa Edun, NURHI-2 Lagos team leader, told newsmen in Lagos the programme was aimed at increasing access to health care, especially in the area of reproductive health and family planning.
Edun said the project would also help increase the contraceptive prevalence rate among women and men of reproductive age from the current national level of 15 per cent to 36 per cent.
“Our selection of local governments and PHCs is based on the local government area with the highest population, as well as, highest population of women of reproductive age.
“We believe those are the people who should be priority on our list and as such, need our interventions faster.
“We urge Nigerians to access family planning methods as it has many benefits; research has shown that family planning saves lives and reduces maternal deaths by up to 40 per cent.
“So, if 10 women were to die as a result of pregnancy, FP can save three to four of those women,’’ Edun said.
Also, Mr Adewale Haastrup, the programme’s Advocacy and Demand Generation Manager, said that the renovation projects were being done in phases.
“During the last quarter of 2016, we renovated and inaugurated 18 PHCs and hospitals, including the Anikulapo PHC in Mushin, Ketu Alapere PHC in Kosofe, Sango PHC in Agege and Tolu PHC in Ajeromi Ifelodun.
“For the early part of this year, we will take up the Shomolu General Hospital, Orile Agege General Hospital, Ibafon PHC in Ajegunle , Itire Ijesha PHC, Lakowe PHC, among others.
“We have even finished and inaugurated three of them; today, work has begun on the Ibafon PHC, Ajeromi General Hospital and Layeni PHC in Ajeromi LGA due for inauguration on Monday.
“We are taking up these facilities phase by phase; we will be working during the weekends, so that the sets will be ready for inauguration by the following Monday,’’ he said.
He said: “NURHI wants to contribute to ensure that the facilities are conducive enough for people to access health care, especially in the area of reproductive health and family planning
“The country’s maternal mortality indices is high and family planning is one of the most effective ways to prevent maternal, infant and child mortality,’’ Haastrup said.
Mrs Charity Ibeawuchi, a family planning expert with NURHI, said family planning alone could reduce maternal deaths by more than 33 per cent.
“It helps prevent unwanted pregnancies and deaths associated with pregnancy and childbirth.
“Family planning reduces maternal mortality by reducing the number of unintended pregnancies, the number of abortions and the proportion of high risk births.
“According to the 2014 National Family Planning Blueprint, when the family planning needs of women are met, Nigeria can prevent more than a third of her total maternal deaths per year.
“This will save about 140,000 to 150,000 lives per year,’’ Ibeawuchi said.
She said: “Women who become pregnant when very young or very old are at a higher risk of a pregnancy-related death.
“Also, women who become pregnant soon after their last birth or who have many children have an increased danger of maternal death.
“When a woman becomes pregnant before the age 18, she is more likely than an older woman to develop hypertension, anaemia and prolonged or obstructed labour, which can result to death.
“Consequently, fewer deaths will occur among pregnant women if more couples practised family planning,’’ she said.
NURHI II is a five-year project which is funded by the Bill and Melinda Gates Foundation.
It aims to eliminate supply and demand barriers to contraceptive use and make family planning a social norm in Nigeria.