Abiodun Adewuya, a Professor of Psychiatrics in Lagos State University Teaching Hospital (LASUTH) and a Psychiatrist, recently spoke with CHIOMA UMEHA on issues of mental illnesses during the recent mental health workshop for clinicians in primary health centres (PHC) in Lagos State. Excerpts: 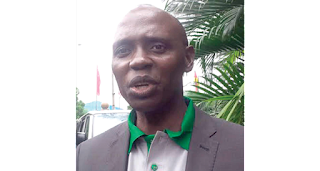 Sir, when a case of mental illnesses has been confirmed what are the steps that should be taken to address it?
If a case of mental illness is confirmed by health workers, and it is among the common mental disorders – that is mild and moderate mental disorder; our trained health workers are to either offer treatment in form of psychological treatment or medications. If those cases cannot be treated at the Primary Health Care(PHC) Centre, what we are trying to do is to make sure that they are referred to either the General Hospital or the Teaching Hospital or Federal Psychiatric Hospital in Yaba.
This is because we discovered from our studies that between 20 per cent and 40 per cent of patients that attend primary care centre and general hospitals have a form of common mental disorder or the other.
So, what we are trying to do is to build the capacity of our doctors and nurses at the PHC centre to recognise these common mental illnesses and offer treatment under their supervision. This way, we are able to reduce the treatment gap, which is the gap between those who have the common mental illnesses and severe mental cases, as well as those who are receiving the treatment. There over 80 per cent of people who have mental health problem in Nigeria who do not receive treatment.
So, what we are trying to do is to train all health workers in Lagos State wherever they are. So the idea is if there is a problem you can go to the PHC centre that is nearest to you, that is the real plan. You can be referred to the General Hospital or the Teaching Hospital or Federal Psychiatric Hospital in Yaba, if the PHC centre fails to manage the case.
You mentioned that 80 per cent of people with this kind of condition do not get treatment. Why?
This depends on three things. One is stigma. We stigmatise people who are mentally ill. Mental illness is not like hypertension or diabetes that people are so happy to announce that they have, not many people would be able to announce that they have a psychological problem, because we think it’s a very wrong thing around here that is number one.
Then, number two is recognition, people don’t recognise common health disorder as a real problem, it’s not like headache. So many just think that person with mental illness is being lazy or that he does not really want to work; meanwhile the person is actually ill.
And then, of course, the third thing is very simple – that our health workers too may not be so empowered to pick these things out. Health workers realise that most of these people with mental illness report to the hospitals and complain of something else entirely. They come with complains like: “I have not been able to sleep well; I am having fever; I am having headache, among others.” They don’t report with complain like – “I am feeling sad.” So that is the reason they don’t get treatment.
Mental illness is not a physical problem that you can see or do a simple laboratory test and pick up. So it needs some probing for you to ascertain that a person is mentally ill, and mental illness is not something most people are happy to say that they have. Those are the reasons most people with the illness are not actually identified and treated.
From your medical experience, what are the challenges that psychiatrists have in managing cases like this?
The first challenge for a psychiatrist should be the stigma, now I am stigmatized; everybody would say: Oh, they are behaving like their patients. The mentally ill are treated are treated in similar way. Most of us behave in a negative way to the mentally ill and expect a positive reaction from them, which is not true. So if we can behave positively to the mentally ill, it is likely that the mentally ill will have a positive reaction to us. But, we behave negatively and we expect a positive reaction, which is not fair.
So, the main challenge is that people stigmatise the mentally ill, even the health workers that take care of them.
First, we provoke them to act negatively and when they do, we say: “Oh, were ni e(mad person). Meanwhile, we forgot that we were the ones who provoked them. So, these are the challenges. What we need to do is to make sure that as a population and community, we must develop a positive orientation towards the mentally ill and treat them right, in order to expect the right reaction from them.
You rightly mentioned the problem with personnel. What about the patients themselves and facilities?
The Lagos State government is really trying. Our plan in Lagos is to make sure that the available doctors and nurses are trained and well-equipped to take care of the people who are mentally ill, that is why we organised the recent mental health workshop for clinicians in primary health centres (PHC). This is to upgrade or enhance the capacity of our doctors, they are very small in number and nurses need to be able to take care of the common mental health problem. This is an easy way for us rather than waiting for government to employ more doctors and more nurses.

Is there any role for the patient, for relations, for society at large to make things better?
Let people know what is going on, let people understand that mental illness is not a curse from ‘obatala’ or whatever it is. That it is something that can happen to anybody just like headache. So those are the issues. Once people understand what is going on, then it would be very easy for us.