By Chioma Umeha
Plan International Nigeria, an international non-governmental organisation has called on the government of Lagos state to take ownership of its initiative for a coordinated ambulance system in the state. 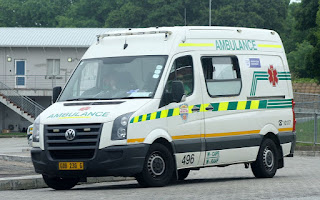 Dr Rita Akintola, A consultant for the initiative who made the call at an ambulance service coordination meeting over the weekend, stressed that the common man on the street deserves the same attention as the Governor when it comes to life saving services.
Akintola said: “If all the local government have ambulances and operate separately, it amounts to a waste of resources. Developing a more effective and integrated emergency service has become paramount because once we get it right in Lagos, then others would say, it makes sense to adopt.”
Under the existing framework, the Lagos State Ambulance Service (LASAMBUS), a mobile health care service launched in 2001, is more restricted to road traffic accidents while Primary Health Care ambulance are restricted to transporting pregnant women with no dedicated staff at the local government.
They have been contentions around the issues of who repairs the ambulance and provide petrol and maintain the equipment gave remained unresolved.
Mrs. Christine Fekeye who represented the Ministry of Local Government and Community Affairs acknowledged that the failure of ambulance service has contributed to the erosion of confidence in PHCs by people in the community, thereby compounding the workload in tertiary health facilities.
She said: “If a guideline is adopted and implemented, it will reduce the burden on secondary and tertiary health facilities not just in the state but across the country”
Plan International which has been working in the areas of Improving the health of women and children in Nigeria, has drawn up a guideline along with major stakeholders in the health sector of the state with a the goal of achieving a safe, timely, efficient and equitable ambulance service.
The guidelines addresses issues of basic life support, key performance indicators, monitoring and evaluation, standard operating procedures, roles and responsibilities of stakeholders.