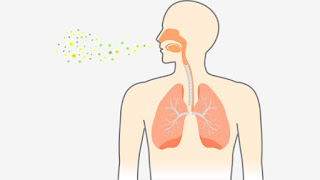 By Chioma Umeha
Here is some bad news: pneumonia kills many children and adults. Perhaps, the worse news is that everyone can get pneumonia, as long as you have lungs. Now experts are more worried that pneumonia could become a bigger problem in the future.
In recognition of pneumonia being a major global health problem, World Pneumonia Day occurs every year on November 12. A coalition of organizations and advocates convened the first World Pneumonia Day in 2009, including, the Global Health Council, the GAVI Alliance, the Sabin Vaccine Institute, Save The Children (including ambassadors Gwyneth Paltrow and Hugh Laurie), the Pneumococcal vaccines Accelerated Development and Introduction Plan (PneumoADIP), and Hedge Funds vs. Malaria & Pneumonia.
Of course, World Pneumonia Day is targeted to raise awareness of the problem and bring together people to find better ways to handle, diagnose, and treat pneumonia.
Pneumonia affects people of all ages and income groups. As a recently released report from the International Vaccine Access Center (IVAC) describes, pneumonia is one of the top five causes of death worldwide among children under five years of age, responsible for 16 per cent of all deaths in this age group.
In the U.S., pneumonia is the second most common reason why adults get admitted to the hospital, next to giving birth (which usually occurs with women and not men). As the American Thoracic Society (ATS) describes, each year in the U.S., around one million adults get hospitalized with pneumonia with about 50,000 not surviving.
According to 2008 estimates, about 177,000 children under the age of five died of pneumonia in Nigeria – “Which means that within an hour, 20 children across Nigeria will die from pneumonia. This number is the highest in Africa and second highest overall in the world.
Pneumonia used to be a lot worse, but major medical and public health advances over the past half-century have made it a lot more preventable and treatable. Part of the progress has been figuring different causes of pneumonia, a general term for lung inflammation that can lead to a variety of problems such as fluid build-up, lung damage, severe breathing problems, and problems elsewhere in the body.
As Maria Knoll, Associate Director of Science for IVAC and Associate Scientist at the Johns Hopkins Bloomberg School of Public Health explained, ”Not only do both bacteria and viruses cause pneumonia, there are a lot of different kinds of these organisms that are responsible for serious pneumonia hospitalizations globally. A current seven-country study, PERCH, is evaluating as many as 60 organisms to assess their role in causing pneumonia.”
Identifying the organisms that can cause pneumonia has led to better methods of preventing, diagnosing, and treating pneumonia. For example, before antibiotics, the probably of dying from pneumonia caused by bacteria used to be a lot higher. Also, as Knoll describes, now “several important vaccines exist that can prevent a few of the important causes of pneumonia.
In addition to pneumococcal vaccine, this also includes influenzae type b (Hib) vaccine and the flu shot. Incidentally, the flu shot prevents ‘influenzae’, a virus, which is not that same as ‘H. influenzae’, a bacterium.”