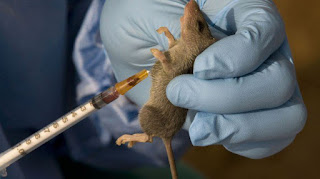 Against the backdrop of the raging Lassa fever virus, the Redeemer’s University, (RUN), Ede, Osun State, has developed a test kit known as Pan-Lassa Rapid Diagnostics Test (PL RDT), that enables the testing of urine, faeces and blood samples of humans or multilamellar rats for Lassa fever in 10 minutes.
The discovery which also contains molecules that inhibit Lassa fever and a potential vaccine against Lassa fever, is one of the discoveries of the institution’s World-Bank funded African Centre of Excellence for Genomics of Infectious Diseases (ACEGID).
The Vice Chancellor of RUN, Professor Debo Adeyewa, who spoke Weekend, at the unveiling of the new research breakthrough on Lassa Fever, at the university’s Senate Chambers, however, blamed authorities of the Tertiary Education Trust Fund (TETFund), over its policy that denies private universities access to its funds, noting that this hurts Nigeria, particularly in the areas of research and development.
Professor Adeyewa, who raised this concern, said the university has been at the fore-front of researches and discoveries, but decried that the paucity of funds and the inability of the university to access funds from TETFund, stalls the commercialization of its research breakthroughs on Ebola and Lassa Fever virus.
Decrying the policy Adeyewa said: “TETFund pumps a lot of money into public universities for physical structures. But the fact remains that once researches and development are not prioritised, nothing will come out of it.
“Without funds from TETFund, the Redeemer’s University is doing exploit in the area of researches and development. This means we can do greater exploits if the federal government allows TETFund to make its intervention funds available to private universities. Our university made new discoveries when Ebola was raging and now we have also made new discovery on Lassa fever virus.”
Explaining the research breakthrough, the Director of ACEGID, RUN, Prof. Christian Happi, who was a member of a team that performed the first Lassa fever Positive Reverse Transcription (PCR) diagnosis in Nigeria in 2008, 39 years after it was discovered in the city of Lassa in 1969, said: “In 2014, we developed and tested the first generation of Lassa fever rapid diagnostics test (RDT). Although, the test showed great potential in the field, its sensitivity was low compared to the gold standard, Positive Reverse Transcription (PCR), because the test could not pick up all the three lineages of the Lassa virus circulating in Nigeria. We went back to work to improve on the RDTs, and in January 2016, we successfully developed a Pan-Lassa fever test that is highly sensitive and specific.”
He noted that it is well established that Ribavirin currently being used to treat Lassa fever was not designed for the disease and as such, it’s only effective when given in the early phase of the infection.
He said: “This prompted us to take advantage of our current knowledge of genomics technology to have better insight into the virus genome and eventually identify potential drug targets. Using the next generation sequencing, we successfully sequenced hundreds of Lassa fever viruses, thereby generating the largest catalogue of Lassa fever virus sequenced in the world.
“This in turn resulted to the identification of new epitopes in the virus. In addition, we were able to determine the ancient origins, evolution and transmission of the Lassa virus.”
According to the don, the Lassa fever virus originated from present day Nigeria, 1, 060 years ago and spread out of Nigeria 400 years ago to other West African countries.
“A comparison between the Lassa fever and Ebola viruses showed that Lassa fever is less adapted and efficient for human-to-human transmission unlike the Ebola virus, pointing out the fact why Lassa fever outbreaks are less disastrous than Ebola,” he added.