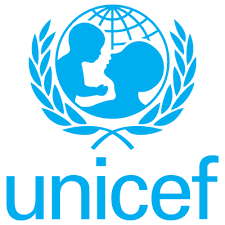 UNICEF has urged governments at all levels, civil society organisations, and traditional and religious leaders to team up and end the scourge of Female Genital Mutilation and Cutting in Nigeria.
The call came as the world marked International Day of Zero Tolerance for Female Genital Mutilation on Monday.
Commenting, UNICEF Representative in Nigeria Mohamed Fall, stressed that “Every study and every bit of evidence we have shows there is absolutely no benefit to mutilate or to cut any girl or woman for non-medical reasons. It is a practice that can cause severe physical and psychological harm.”
Five states in Nigeria have rates of Female Genital Mutilation and Cutting (FGM/C) that are more than 60 per cent, with Osun and Ebonyi highest at 77 and 74 per cent respectively, according to the 2013 National Demographic and Health Survey. The other states are Ekiti, 72 per cent; Imo, 68 per cent; and Oyo, 66 per cent.
FGM comprises all procedures that involve partial or total removal of the external female genitalia, or other cutting of or injury to the female genital organs for non-medical reasons. It is recognized internationally as a violation of the human rights of girls and women.
In February last year, wife of the President Mrs. Aisha Buhari launched a national campaign to end FGM, calling on all parties to work together to halt this harmful practice. Her call underlines the need for collective action at every level.
UNICEF is working with Federal and State governments, especially in the southern states where the practice is most prevalent, training partners, creating awareness at all levels and working with communities to convince practitioners and community members to promote an end to the practice.
Support is growing for the national campaign to end FGM/C. With the support of the Wives of the State Governors, Imo and Oyo State Houses of Assembly are currently working on draft bills that will prohibit the practice of FGM/C and any custom or tradition promoting it. When the bills are passed, Imo and Oyo will join the other most affected southern states – Osun, Ebonyi and Ekiti – that already have laws against the practice in place.
“We applaud the progress that has been made in Nigeria, but there is still a long way to go. Even though this practice has persisted for over a thousand years, our evidence tells us that with collective action, it can end in one generation,’ added Mohamed Fall. “It violates a woman’s rights to health, security and physical integrity, the right to be free from torture and cruel, inhuman or degrading treatment, and even – in some cases – the right to life,” he said.