By Chioma Umeha
New research provides further evidence to suggest that sufficient vitamin D while pregnant can have health benefits for future children, with a recent Australian study suggesting that the vitamin could help prevent autism traits in offspring.
Autism – or autism spectrum disorder – is a lifelong condition where sufferers experience developmental disabilities such as an inability to communicate with others, interact socially, or fully comprehend the world.
In their animal study, a team of researchers from the University of Queensl 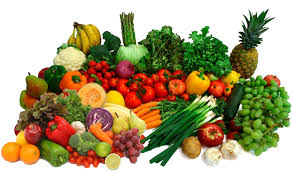 and’s Queensland Brain Institute used the most widely accepted developmental model of autism, in which the mice behaved abnormally and demonstrated problems with social interaction and basic learning, an online report said Monday.

The team of researchers gave the pregnant mice active vitamin D supplements, a nd found that pregnant females treated with active vitamin D in the equivalent of the first trimester of pregnancy produced offspring that did not develop autism deficits.
The discovery provides further evidence of the crucial role vitamin D plays in brain development, said lead researcher Professor Darryl Eyles, with the results also backing up QBI’s other recent human studies on the effect of vitamin D on autism.
QBI’s 2016 study carried out with the Erasmus Medical Centre in The Netherlands looked at blood samples from 4229 pregnant women and found that those who had low vitamin D levels at 20 weeks’ gestation were more likely to have a child with autistic traits by the age of six, suggesting a link between low vitamin D and brain growth and neurodevelopmental disorders.
However commenting on the results of the new study, researcher Dr Wei Luan also pointed out that although vitamin D is crucial for health, including maintaining healthy bones, the active hormonal form of vitamin D cannot be given to pregnant women because it may affect the skeleton of the developing fetus.
However, he also added that, “Recent funding will now allow us to determine how much cholecalciferol – the supplement form that is safe for pregnant women — is needed to achieve the same levels of active hormonal vitamin D in the bloodstream.”
Vitamin is produced by skin cells when exposed to sunlight, however it can also be found in some foods including oily fish (salmon, trout, tuna, sardines and mackerel), calf’s liver, soy and egg yolks.
The results can be found published online in the journal Molecular Autism.