57-Year-Old Mother Of Triplets, Others Get Cash Gift 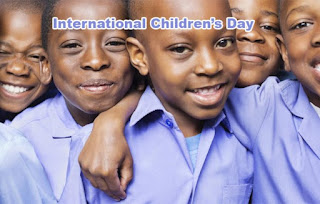 History was made over the weekend, when a 57-year-old mother, Mrs. Folashade Akiode was honoured during the Nordica Bon Bon family fiesta held to mark this year’s International Children’s Day for breaking all medical rules of menopause and having her set of triplets seven years ago.
Mrs. Akiode who retired from the Lagos State Civil Service as Director of Service, but now doing her own business was married for 18 years before she had In Vitro Fertilization (IVF) at Nordica fertility Clinic, delivering a set of triplet.
Making the presentation of N50,000 to Mrs. Akiode, Dr Abayomi Ajayi, Managing Director, Nordica Fertility nationwide told journalists that the event which held in Lagos, was organised by Fertility Awareness Advocacy Initiative (FAAI) with collaboration from Nordica Fertility to celebrate children born through IVF.
Dr Ajayi also said that the main objective of NORDICA is to complete families, noting that age is not a barrier to achieving pregnancy through IVF.
The Fertility expert explained that Nordica also tries as much as possible to limit the age at which people can have IVF to avoid abuse of technology, recalling that the oldest mother in the world is a 70-year-old.”
For Mrs. Akiode, the gyneacologists explained, “She delivered her children at 57. She actually had triplet, a boy and wo girls, but the boy died during the neonatal period.”
“Age has never been a barrier but the thing that we have technology doesn’t mean we use it anyhow and so what we try to do is to limit the age at which you can have IVF.”
On the major challenge of fertility experts following the recession, Dr Ajayi said that power supply poses a challenge as fertility treatment industry are dependent on generators to do business. However, he acknowledged that there’s a limit to which fertility treatment centres can increase price.
He however called on the federal government for intervention and to help see that there are no quacks in the system, so that people who pay for the service can get value for their money, saying that when there are quacks those who think IVF is expensive will start patronising them.
Another family of Olayemi Sofunlayo who had six children through IVF were also awarded N100,000 for emerging the largest family from Nordica Fertility Centre during the occasion.
“Well, that was the largest children in the family from Nordica. They had the six children from Nordica, that’s why we chose to recognise them, they had them two times.” Dr Ajayi said.
While telling her story, the visibly excited Mrs. Akiode said that accessing IVF was not so expensive for her since she was working and even training other people.
Commenting, Engineer Oladipo Soetan, treasurer of FAAl, said, “We are the support group to Nordica facility. We have an association that comes to create awareness among people who are looking for babies. There are many families out there whose families are not completed, we have passed through Nordica. In view of this we came together to form an association to create awareness to the general public to know that IVF babies are normal babies. Many people run from IVF, thinking that IVF children are not normal and we are here to say that IVF babies are normal babies, very intelligent with high IQ. As parents we are spreading the gospel for people should do IVF if they have challenges with fertility.
“l have one boy, Emmanuel, after 19 years of fruitless marriage, at that time my wife was close to 50 before we had him. Actually if you see him he looks like me. We are like identical brothers. By July he will be nine.”
Mrs. Tola Ajayi, Clinic Manager, Nordica Fertility Centre, said that the Nordica Bon Bon family fiesta was organised to create awareness about IVF, adding, “the only unique thing about the goals of the party is that it will address that issue of difficulty for parents to identify with IVF, to say, ‘We did IVF.’ “That’s the issue and it took some efforts for us to be able to get them to come for the party.”