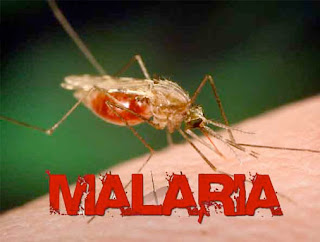 In an effort to curb the alarming rate of malaria infection in the country, Fidson Healthcare Plc has called on all Nigerians to embark on nationwide preventive actions against the menace of malaria.
The pharmaceutical company which made the call in commemoration of this year’s World Malaria advised Nigerians to prevent malaria infection through the use of insecticide-treated mosquito nets (ITNs) and indoor residual spraying (IRS).
The company said improved sanitation and avoidance of stagnant water are also other veritable means of controlling malaria.
The company call is coming at the backdrop 2015 Nigeria Malaria Indicator Survey reports on statistics credited to the National Malaria Elimination Programme, Federal Ministry of Health, which estimated that about 110 million clinically diagnosed cases of malaria and nearly 300,000 malaria-related childhood deaths occur each year.
It also indicated that in Nigeria, malaria is responsible for approximately 60 percent of outpatient visits, 30 percent of admissions, and also believed to contribute up to 11 per cent of maternal mortality, 25 per cent of infant mortality, and 30 percent of under-5 mortality.
Fidson’s Product Manager, Antimalarial, Mr Adesoji Fasanya, said this report is very alarming, as it shows that Nigeria has the largest volume of malaria cases recorded in any single country globally.
Fasanya further said that a bigger concern is the fact that malaria is preventable, but most people, especially those living in rural or semi-urban areas of developing countries don’t even know how to prevent them.
“This is why as a responsible indigenous pharmaceutical company, we are actively participating in this global campaign by enlightening Nigerians, through all possible communication channels, on how they can prevent the spread of malaria”.
He further explained that Fidson’s primary responsibility is to ensure the provision and distribution of high-quality antimalarial drugs at affordable prices.
“We are aware that there is a direct link between poverty and incidence of malaria. Therefore, the cost of therapy must be affordable for patients to reduce the economic burden of malaria on them. This is one major role that we play”, he said.
Fasanya added that the company also ensure increased advocacy on behalf of the low-income earners.
“We are always talking about malaria prevention and control as well as an increase in awareness of the disease. To that extent, we partner with various stakeholders in the healthcare sector in this respect.
“We have sales representatives all over the country who engage in talks with pregnant women, school children, the general public.
“Malaria is a preventable disease. We therefore need to stop losing lives to this disease. People need to be aware of how to reduce the chances of a vector bite. That alone is a major step in combating malaria”.
He, therefore, advised Nigerians to make deliberate and preventive efforts by keeping their environment clean, removing stagnant water from their environment, consistent use of long lasting insecticide treated nets and proper diagnosis before treatment.