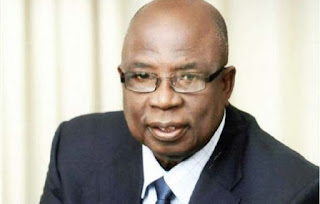 Experts including a one-time Minister of Health, Prof. Eyitayo Lambo, have appealed to healthcare professionals to put an end to lingering inter-professional rivalry and incessant strikes in the health sector, saying it is inhibiting to the health of Nigerians and the nation.
Lambo further said that professional collaboration remains a positive strategy to strengthen the national healthcare system and improve health outcome.
Lambo who spoke weekend at a symposium entitled, “Health of the Nation: The Imperative of Inter-Professional Collaboration,” advocated for inclusion of inter professional collaboration skill in curriculum of health professionals.
The symposium which held at the University of Lagos was organised by the Nigerian Academy of Pharmacy (NAPharm) in partnership with Pharmaceutical Society of Nigeria (PSN).
Lambo, who was the Ministry of Health boss under the administration of ex-President Olusegun Obasanjo, also said health personnel poor attitude to work, endemic corruption and fraud had also rendered service delivery in the sector ineffective.
The former Health Minister lamented: “Unending rivalry which I call `beauty contest’ among health professionals instead of engaging in inter-professional collaboration is affecting the nation’s healthcare. Poor health workers’ attitude and incessant strikes with patients paying the price are serious challenges confronting the sector.”
Quoting World Health Organisation (WHO) report, he said, “Nigeria’s health system is very weak; the country is 187 of the 191 countries in the world rated for a poor health system.”
He however, called on health workers and professionals as well as their associations and unions to embrace inter-professional collaboration as a new culture to move the sector forward.
He said: “Why demand for healthcare is increasing the resources are limited so there is need to find a new way of meeting this demand and one of the ways that is been proposed is inter professional collaboration.
“With inter-professional collaboration, we can address the weak health system that results in poor health status and at the same time improve the health outcome. There is need to include inter professional skill in educational training programme for various profession,” he stressed.
“The road to the new concept is a long one, but it is achievable. There is the need for inter-professional education as well as knowledge and appreciation of the roles of other health professionals.
“Professionals do not trust themselves and there is superiority being lorded over one another.
“Throughout my tenure as minister, I worked towards putting an end to the rivalry that I call `beauty contest’ among the professionals – doctors, nurses, pharmacists, technologists etc.
“There is an urgent need for change-management process and collaboration as a better strategy,’’ said the ex-health minister.
Lambo stressed: “No one profession can deal with the complex demands of a patient, hence the need for coordination and collaboration.
“Collaboration will improve the care of patients and service delivery in the country.’’
He lamented the neglect of the achievements of the late Prof. Olikoye Ransom-Kuti, who according to him, gave the country one of the best health policies by defining the roles and responsibilities of the three tiers of government — primary (healthcare centres for local governments), secondary (hospitals for states) and tertiary (teaching hospitals for federal).
Lambo said that primary healthcare was the weakest as malaria and other cases that could be treated at PHC level were being taken to the hospitals daily.
“Primary healthcare delivery system is not working and it is the weakest. There is overcrowding in the hospitals for PHC cases like malaria.
In his comments, the President of NAPharm, Prince Julius Adelusi-Adeluyi, said the unhealthy rivalry among health professionals dated back to 1961, regretting that the nation had been unable to resolve the crisis.
He called for a new spirit of teamwork by all professionals in health facilities.
“Let us stop celebrating our differences, teamwork can stop whole unstoppable forces; else, the distractions will continue,’’ said Adelusi-Adeluyi, who served as Health Minister under the short-lived Interim National Government of Chief Enest Sonekan in 1993.
He called for the setting up of inter-profession committee at the highest level of authorities to address the problem.
While giving remarks at the occasion, Prof. Isaac Adewole, the Health Minister, said the success of inter-professional collaboration depended on the working together of the various professionals.
“Collaboration is not without its challenges; it should be included in the undergraduate curriculum for professionals to imbibe it,’’ said the minister, who was represented by Mrs. Gloria Chukwuma.
He pledged the support of the government to the actualisation of the concept in the overall interest of the nation’s health.
President, PSN, Ahmed Yakasai, reiterated the urgent need for as healthcare professionals and caregivers to collaborate in the interest of the patient and the healthcare sector of this country.
Yakasai said Nigeria’s health systems must therefore be charged with bridging professional disparities, as we are in a hybrid environment of peak complexity that requires and demand of us to be efficient and deliver on the promise of “wellness.”
Yakasai challenged health professionals to commence the journey towards inter-professionalism. This, he said, will require of systemic change in practice, exposure to each other’s role and perspectives, effective and open communication, professional trust, and a system of coordinated care that enables patients to be part of the decision making related to their care.
A former Vice Chancellor Ambrose Ali University, Prof. Dennis Agbonlahor, said that in other to address the health problems, an unbiased minister of health who would be competent and ready to expand health professionals should be appointed.
Agbonlahor advised the government to always implement outcomes of collective bargains so as to reduce strike actions.