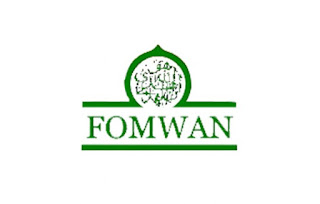 *Pledges Support For FOMWAN/PACFaH
By
Chioma Umeha
Muslim community of Lagos State weekend, assured their full support to work with Federation of Muslim Women’s Association in Nigeria (FOMWAN) in collaboration with Partnership for Advocacy in Child and Family Health Project.
This group made this pledge during a courtesy call by FOMWAN/PACFaH to Central Mosque in Lagos Island soliciting the Muslim community’s support in pressurising the government to get committed in the four critical areas of child health which the FOMWAN/PACFaH’s advocacy is focused.
The areas include, proper management of childhood pneumonia and diarrhoea, routine immunization, nutrition and child spacing by increasing the budget to address them.
Hajia Adama Kachalla, the Programme Officer, while speaking at the event also wants the Chairman of the Muslim Community of Lagos State to educate his followers on the treatment of pneumonia and diarrhoea for under-five children in accordance with the government’s guideline which is adoption and listing of Amoxicillin DT as the first line drug.
Alhaji Fatimoh Balogun, Chairman of Muslim Community of Lagos State, expressed joy over the visit saying: “I am extremely delighted with your advocacy along with FOMWAN and other agencies. It is fantastic and I assure you that you are actually carrying out part of the duties of Muslim Community of Lagos State under health and social welfare. You are helping us to carry out our programme, why won’t we support you?” he rhetorically asked.
Commenting further he said: “We will give you all the necessary support as we reckon the public health areas that you are tackling – management of pneumonia and diarrhoea to be very important.
“This is because we know these diseases are great killers in our community based on our statistics. Also, we have programmes for routine immunisation, we have been visiting communities and donating vaccines for immunising their children, a way of helping the government, government cannot do it all.
“Then on nutrition, the enlightenment in this area is very important, so also child spacing which is family planning,” he noted.
As a seal to their support, he gave out some action plans which he drew to support FOMWAN/PACFaH’s advocacy.
“We need to formally write a comprehensive paper on this. We will go with you to the Commissioner for Health as representative of Muslim Community of Lagos State and other agencies of the coalition to make a formal presentation of the paper to the government. We will also present the comprehensive paper of our action plan to the Commissioner for Home Affairs and equally highlight the need for budget allocation to child health.
He however, emphasised on public enlightenment, saying that even when enough money is budgeted and released on those key areas that the public needs to be educated on the importance of immunisation, child spacing and others.
“Even if they devote 100 per cent of the budget to health, it is how this money is being spent that matters. For example, in the North sometime ago, vaccines were bought and people refused to take their children to get vaccinated out of ignorance. But, if they understand the importance of immunisation, that it’s for their own good, they will collaborate and cooperate with us.
“I am going to suggest also that we have flyers that will highlight the importance of these four factors that are great killers here. The flyers will be distributed to the Muslim organisations,” he said.
Alhaji Balogun also pledged that members of the Muslims Community of Lagos State along with its health and social welfare committee are going to collaborate to ensure that the comprehensive paper with action plans will be executed.