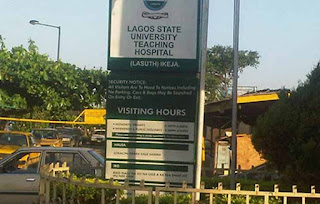 The Nigerian Healthcare Excellence Awards (NHEA) has nominated Nordica Fertility, Lagos State University Teaching Hospital (LASUTH), Aminu Kano Teaching Hospital (AKTH) and 103 other healthcare institutions and individuals for the fourth edition of the award.
Winners for the 2017 NHEA will emerge from the nominees, who the organisers said have contributed to the country’s health sector in various capacities between June 2016 and May 2017.
Meanwhile, the electronic voting for winners have commenced on the award website. Voting is expected to end on June 22, 2017 at 12 midnight.
Winners would be announced at a grand ballroom ceremony on Friday, June 23, 2017 at Eko Hotel & Suites Victoria Island, Lagos.
According to the jury, some of those nominated for different categories are Reddington Hospital Group, The Bridge Clinic, Nigerian Turkish Nizamiye Hospital Abuja, Access Bank, Delta State Contributory Health Insurance Scheme, Diamond Bank, Kaduna State Primary Healthcare Under One Roof, AVON Healthcare Limited, AXA Mansard Health Limited, St. Nicholas Hospital, and Amino Kano Teaching Hospital.
Others are University College Hospital, Ibadan, JNC International Ltd, Medplus pharmacy, Fidson Healthcare Plc, Greenlife Pharmaceuticals, Ondo State Trauma and Surgical Centre, Pharmanews, Health Matters on TVC, Sterling Bank, Lagoon Hospital, Pathcare Laboratories, National Eye Centre Kaduna, Smile 360 Dentals, Fidelity Bank, University of Nigeria Teaching Hospital, Nsukka, Prof. Ezekiel Olasunkanmi of Babcock University, among others.
According to the Chairman, Jury Board, Dr. Anthony Omolola, several thousands of nominations were made by Nigerians across the country through E-voting, SMS voting, survey monkey, among others, adding that the Jury Board painstakingly made the selections for the final nominees based on set criteria.
“In some categories, we had to visit these nominated institutions, made our own research before the final nominees were finally selected, adding that they also worked in partnership with other external accreditors like First and Sullivan in Asia and Anadach Group, USA, who monitored the whole process. The final winners will be announced at the grand ceremony later in the month,” he added.
While stating that the award is aimed at recognising and celebrating the achievements of personalities and organisations who have contributed immensely to the growth and development of the Nigerian health sector in the year under review, he said the winners will be announced in a grand ceremony that will bring all major healthcare players in the country under one roof.
The award, dubbed the ‘Oscar’ of the Nigerian healthcare, focuses on outstanding performances, the creation of new business models, recognising and embracing new trends in the health sector, the role of technology, and the capacity of organisations and individuals to influence and set new performance standards in Nigeria and beyond.
Moses Braimah, NHEA Director of Communication, Marketing & Strategy says, “The jury shortlisted nominees from over 1, 300 nominations that was received and a team of experts visited some of them to confirm claims from documents submitted.”
“We are at the final leg of the exercise were the public is encouraged to visit our website and cast their votes.” Braimah added.