Sunscreens Can Cause Vitamin D Deficiency 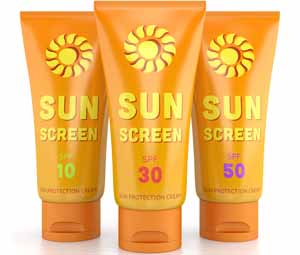 By Chioma Umeha
While sunscreens are known to protect against skin cancer, they may be inadvertently making you deficient in Vitamin D, causing muscle weakness and bone fractures, researchers warned.
According to the study, published in the Journal of the American Osteopathic Association, nearly one billion people worldwide may be having deficient or insufficient levels of Vitamin D due to inadequate sun exposure related to sunscreen use.
“People are spending less time outside and, when they do go out, they’re typically wearing sunscreen, which essentially nullifies the body’s ability to produce Vitamin D,” said Kim Pfotenhauer, Assistant Professor at Touro University in California.
“While we want people to protect themselves against skin cancer, there are healthy, moderate levels of unprotected sun exposure that can be very helpful in boosting Vitamin D,” Pfotenhauer said.
In addition, the study also showed that chronic diseases like Type 2 Diabetes and those related to malabsorption, including kidney disease, Crohn’s and celiac disease greatly inhibit the body’s ability to metabolise Vitamin D from food sources.
Considered a hormone rather than a vitamin, Vitamin D is produced when skin is exposed to sunlight. Vitamin D plays a wide role in the body’s functions, including cell growth modulation, neuromuscular and immune function and inflammation reduction.
Spending as much as five-30 minutes in midday sun twice per week may help increase and maintain healthy Vitamin D levels.
However, it is important to forgo sunscreen during these sessions because SPF 15 or greater decreases Vitamin D3 production by 99 per cent, the researchers said.
“You don’t need to go sunbathing at the beach to get the benefits. A simple walk with arms and legs exposed is enough for most people,” Pfotenhauer noted.