Why you should watch your salt intake 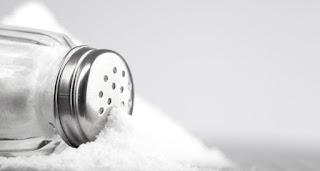 Many people love salt. It adds flavour to meals, preserves perishable foods, and balances water and electrolyte levels in the body. Unfortunately, most people eat too much salt from processed foods. By doing so, they compromise their health in more ways than one. Indeed recent studies have linked a high-sodium diet to increased hunger, potentially leading to weight gain, among other health risks.
Worried by the rising cases of hypertension, heart diseases, stroke, kidney failure and resultant sudden deaths, the World Health Organisation (WHO) has called on countries to take action on the overuse of salt by implementing its sodium reduction recommendations to cut the number of people experiencing the disease conditions and, in turn, save lives.
In America, both health professionals and food industry leaders realise the necessity of lowering salt intake. On average, Americans consume around 3,300 milligrams of salt every day, and about 75 per cent of this intake comes from processed foods. In contrast, the Food and Drug Administration recommends a maximum of 2,300 milligrams of salt per day.
According to a study in the Journal of the American Society of Nephrology (JASN), reducing salt intake provides clear benefits for the heart and kidney health of patients with chronic kidney disease. The findings point to the power of salt restriction in potentially prolonging kidney disease patients’ lives.
Dr Jacob Nwachukwu, President, Blood Pressure Control Foundation recently alerted Nigerians that high intake of salt can lead to high blood pressure.
Similarly, a medical expert, Dr Bola Idowu of University of Ilorin Teaching Hospital (UITH) warned Nigerians against the high consumption of salt, saying that it is dangerous to health.
According to him, high intake of salt raises high blood pressure which may lead to stroke, heart failure and heart attacks.
A high salt diet can damage the lining of the stomach causing its inflammation , thereby increasing the risk of stomach cancer and ulcer.
Many people don’t realise the huge negative effects that a high-sodium diet can have on their health. Too much salt causes strain on many bodily functions, including cleaning the bloodstream and pumping blood through the body.
When the body gets too much sodium, it must work harder to maintain safe levels in the blood, causing strain on the kidneys. At the same time, the body retains more fluid, leading to an increased blood volume.
Also, the heart will pump harder to get the increased blood through the body. The person’s arterial walls thicken to deal with the raised blood pressure, causing them to constrict and compound the strain on the circulatory system.
Finally, if people consume too much salt on a regular basis, they risk getting high blood pressure and heart disease.
In addition to hypertension and heart disease, a high-sodium diet can lead to osteoporosis. The high salt content causes the body to lose more calcium during urination. If a person does not consume enough calcium to make up for the loss, the body will start pulling stored calcium from the bones, making them weak.
Salt can also damage the stomach lining, causing lesions if too much is consumed. These lesions can turn into stomach cancer if left untreated. Finally, the strain that a high salt diet puts on the kidneys can lead to kidney failure.