Men Who Take Alcohol At Risk Of Infertility – Expert 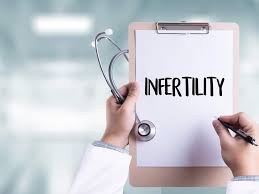 Lagos – Men that take up to 60 per cent alcohol in 48 hours may be at risk of developing abnormal quality of sperm-teratozospermia.
Stating this was Dr. Sharon Osaide, a fertility physician and gynecologist with Rose Du Rouge International Initiative while delivering a lecture recently on health, at the National Youth Service Corps (NYSC) Orientation Camp, Ipaja-Lagos.
Not only did Osaide warn against too much consumption of alcohol, she also warned against unhealthy lifestyle as well as conditions such as smoking and obesity, which she linked to infertility in men and women.
“Men that take up to 60 per cent alcohol in 48 hours would develop teratozospermia otherwise described as abnormal sperm cell. Though they have normal sperm counts, but they would have abnormal quality of sperm.
“Obesity in male and female could lead to infertility, when a woman is obese, they would not ovulate regularly. When a man is obese, he will produce the estrogen hormone rather than the testosterone hormone and the estrogen hormone is the female hormone and after some time the estrogen will inhibit their production and a lot of them would not produce sperm cell anymore.
“Smoking is another cause of infertility, unfortunately a lot of women smoke and women that smoke has 70 per cent more chance of going into early menopause than women that does not smoke, especially women that smoked at early puberty,” she stated.
Osaide continued that the longer a woman smoke the earlier she goes into menopause.
“It is unfortunate today that some women go into menopause at age 42, while our mothers were still menstruating at the age of 52. This is the more reason why we need to make our society better,” Osaide added.