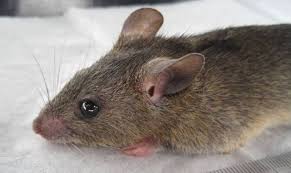 Ogun State Commissioner for Health, Dr. Babatunde Ipaye, has said the 20-year-old boy diagnosed with Lassa fever has been discharged from the isolation centre at the Federal Medical Centre (FMC) at Idi-Aba in Abeokuta, the state capital.
Ipaye, who addressing reporters at the centre in Abeokuta, said the boy was brought into the state hospital at Ijaye and was transferred to the isolation centre at FMC at Idi-Aba.
The commissioner said the boy was taken to the centre with complications, adding that he had 20 per cent chances of survival because he had serious renal complication, which could have led to his death.
He said: “Having being successfully treated and fully recovered from the disease, with results of the last two tests carried out, indicating negative, the boy was free to go home and join his family.”
Ipaye stressed the need for continuous monitoring of the 106 persons currently being quarantined for having contacts with suspected patients.
The commissioner said the state’s Department of Public Health would continue to monitor and guide against any likely infections.
Ipaye appreciated the management of the FMC and the Team Leader who is in charge of the isolation centre for the huge success being recorded in rescuing the index.
He also noted that the centre had been serving the residents of the state in fulfilment of their primary reason the hospital was established by the Federal government.
Similarly, the Chief Medical Director (CMD) of the centre, Prof. Adewale Musa, confirmed that the index was in critical condition when he was brought to the FMC, Idi-Aba, with many complications including renal injury, but now the boy had been recuperated from Lassa fever and is free to go home.
He urged the residents of the state to make their health a matter of priority.