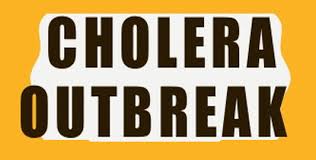 By Independent
The United Nations (UN) has sent an SOS, saying it needs $9.9 million (around N3.5 billion)   to respond to the current cholera outbreak in Borno State and prevent further outbreaks in high-risk areas.
The amount is roughly same as the federal government released to fund a nationwide measles vaccination slated to start October 26.
The UN response-and-prevention plan is to address immediate needs for 3.7 million people who could be affected by the outbreak.
Despite extensive efforts to improve sanitation conditions in camps and raise awareness on the importance of best hygiene practices, the first cholera cases were identified in Borno State on August 16. To date, the outbreak has claimed at least 44 lives, out of close to 2,300 confirmed and/or suspected cases.
Humanitarian partners have been working around the clock in support of the Borno State Ministry of Health to contain the outbreak and implement preventive measures in the most at-risk locations.
Four specialized treatment centres (for the most severe cases) and seven oral rehydration points (for the milder cases) have been set up in all three affected areas. Teams of community mobilizers and chlorine sprayers have been going from shelter to shelter, informing families of the risk of infection and how to get treatment should symptoms arise.
“The clock is ticking. The camps for displaced persons are congested; there is not enough water, sanitation facilities are poor, and the health care system is weak. We must tackle this urgently to avoid preventable suffering and loss of life,” said Peter Lundberg, the Deputy Humanitarian Coordinator for Nigeria.
The Cholera Response and Prevention Plan have laid out the strategy to address the outbreak from all angles over the next few months.
These include, treating identified cases, monitoring and tracking of new potential cases, improving sanitation conditions, ensuring affected people have access to clean water, informing communities and carrying out vaccination campaigns and other life-saving interventions.
“We need a holistic and comprehensive response to this outbreak and a clear prevention strategy,” Mr. Lundberg added.
“The implications of not responding in a timely manner could be absolutely devastating for millions of conflict-affected women, children and men who are already living in very dire conditions.”
The humanitarian crisis in Nigeria’s north-east is one of the most severe in the world today, with 8.5 million people in need of life-saving aid in Borno, Adamawa and Yobe states, out of whom 6.9 million are targeted for humanitarian assistance.