What Is Ovulation Disorder? 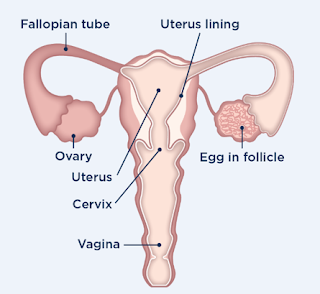 An ovulation disorder is any condition that affects the normal ovulation process, which is necessary in order to conceive. Other factors, such as stress and diet, can also adversely affect ovulation, so you should not assume that you have an ovulation disorder just because your attempts to conceive have been unsuccessful.
In normally fertile couples, there is a 25 per cent chance of getting pregnant each cycle, meaning that about 75 to 85 per cent of women who have regular unprotected sex will get pregnant within one year. If you have been unable to become pregnant after trying for at least one year, then you may want to consider seeing a fertility specialist or a reproductive endocrinologist.
A fertility specialist can determine whether you have an ovulation disorder that is affecting your ability to conceive.
Types of Ovulation Disorders
A woman with ovulation dysfunction may have anovulation (absent ovulation), a condition in which the follicles on her ovaries do not release eggs. Or she may have oligoovulation, in which ovulation is irregular – infrequent but not completely absent. In oligoovulation, eggs are released at times that do not coincide with fertilization or implantation.
A problem can occur at any point during the ovulation phase. The problem may begin with the hypothalamus in the brain, which signals when it is time for ovulation to begin. Disorders of the hypothalamus can result in the absence of ovulation and menstrual periods (amenorrhea). Psychological stress can also trigger hypothalamic dysfunction.
In women who are underweight, exercise-induced stress can result in amenorrhea. A woman needs to have a certain percentage of body fat in order for the brain and endocrine glands to function properly and for ovulation to occur. Likewise, women with eating disorders may also have fertility problems.
When a woman’s ovaries stop producing eggs, she stops ovulating. When this occurs in a woman who is not yet menopausal, this condition is termed ovarian failure, or poor ovarian reserve.
Ultimately, a woman with an ovulation disorder has fewer opportunities to conceive and will have difficulty determining when she is fertile.
Symptoms of Ovulation Disorders
Some women suffer from oligomenorrhea- infrequent periods – or they may not menstruate at all. A menstrual cycle that is shorter than 21 days or longer than 36 days is a sign of ovulation dysfunction. Another sign of ovulation dysfunction is when the length of a woman’s cycle fluctuates considerably from month to month – for example, a cycle that arrives a week early one month a week late the next month. In rare instances, a woman may have a regular cycle and not ovulate (this is called an anovulatory cycle). Infertility and hormone irregularities are other signs that an ovulation disorder may be present.