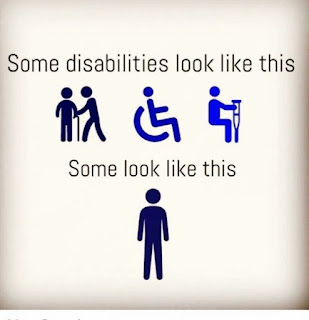 To reduce high incidence of disabilities in the country, healthcare practitioners, parents and guardians have been advised to fulfill their responsibilities of monitoring their children to ensure early detection and intervention of the predisposing conditions.
Giving the advice recently, was the Governor Akinwumi Ambode of Lagos State who stressed on increased commitment to developmental assessment of a child’s life, particularly those between the ages zero to three.
The Governor said that this would improve the chances of early detection, intervention and ultimately reduce the prevalence disability in the society.
The governor who was represented by Dr. Idiat Oluranti Adebule,  the deputy governor spoke at a stakeholder’s summit in Lagos with a theme: ‘Ability in disability: A Stitch in Time Saves Nine.’
He said the concept of early intervention is based on early identification and treatment of children who have established diagnosis such as cerebral palsy, down syndrome, autism or those who are at risk due to environmental factors such as malnutrition, poverty and rest.
Noting that greater percentage of the development of a child’s brain occurs at age three,  the Governor therefore said; “Early intervention will afford us the opportunity to do whatever is necessary medically to salvage the situation and avoid the worst possibility that may occur if neglected.”
According to him, the summit is part of the State government’s effort to promote awareness for early intervention for children living with disability or at risk of disability and its associated challenges.
“This initiative is therefore targeted primarily at parents who are the first point of contact to the children; who are in the best position to identify issues that might affect the proper development of their children.”
He said helping them to discover their abilities and value it will enable them define their identities and to contribute their quota to the country’s development.
In her welcome address, Mrs. Joyce Onafowokan, Special Adviser to the Governor on Social Development, implored parents to visit healthcare professionals early for their children’s own good.
In his keynote address, Prof. Julius Ademokoya, Dean, Faculty of Education, University of Ibadan and President, Speech Pathology and Audiology Association of Nigeria (SPAAN) identified conditions that deserve early detection.
According to Prof. Ademokoya, such conditions include children that might have visual impairment of palsy, hearing impairment, mental retardation and intellectual disability.
Others are  those who have chronic health and physical impairment, autism spectrum disorder and learning disability.
“We have those with multiple disabilities. Most of the time we pay attention to single disability, but it is not so. It is very common to see somebody with both ear and visual problem,” he stressed.
He also said some children don’t have physical and visible disability, yet they are not doing well, adding that such children need early intervention together with gifted and talented children too.
Prof. Ademokoya said there is need to make sure that early interventions are effected as early as possible to reduce disability effects; correct and rehabilitate the children,” he said.
He maintained that there is ability in any disability and therefore tasked people not to condemn a child because of disability. “There are individuals who because of early intervention overcame disability and eventually went on to make it in life,” he noted with examples.
Speaking on behalf of the Prof. Isaac Adewole, Minister of Health, Prof. Chris Bode, Chief Medical Director of Lagos University Teaching Hospital ( LUTH)  said; “What we are saying today is that let the doctors, nurses, medical personnel know what to look for and pick them up very early because many babies die without being recognised or were presented too late because they were not recognised in the first few hours and days of birth.”