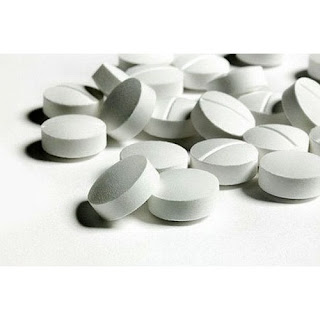 Dr Arikawe Adeolu, a medical practitioner at the Federal Medical Centre, Jabi, Abuja, has warned that an overdose of paracetamol drug could cause liver failure within 24 hours.
Adeolu gave the warning in an interview with the News Agency of Nigeria (NAN) in Abuja on Monday.
He said that medications generally had side effects and that some drugs, such as paracetamol, which were often abused, could lead to liver damage.
“One of the major causes of liver disease is drugs. There are some kinds of drugs that can lead to liver damage if not taken as prescribed.
“There is one common drug that is very popular among this class of drugs and that is paracetamol. Paracetamol if taken above the recommended dose has the ability to damage the liver.
“An overdose of paracetamol can actually lead to liver failure within 24 hours. This is why it is not recommended that drugs are taken by self-medication.
“Excessive consumption of alcohol is another cause of liver disease. This substance has been shown to have a significant effect on liver function; excessive consumption of alcohol can lead to deterioration in liver function.
“This is because it has direct damaging effect on the liver cells. A fatty liver can also lead to liver damage,” Adeolu said.
He explained that a fatty liver was the deposition of fats into the liver, adding that this is usually caused by obesity, high cholesterol, diabetes and alcohol.
According to the expert, once there is a fatty liver, there is ongoing damage to the liver, though one may not feel any immediate symptoms.
He, however, noted that there were specific and non-specific symptoms of liver disease.
“Non-specific symptoms are nausea, vomiting and loss of appetite, while the specific symptoms are jaundice, abdominal swelling, pain, itching and dark coloration of urine,’’ said the expert.
He said that the faeces of individuals with the disease may appear pale rather than the normal brownish colour.
The expert advised that to prevent liver disease it was important for individuals to always undergo routine medical check-up for early detection and treatment.
He advised against taking drugs without prescription, stating that Over-The-Counter (OTC) drugs could be dangerous to the overall health and wellbeing of an individual.
“If you feel unwell, go to a certified medical centre and run a diagnostic test to determine what the problem is.
“Even if you hardly fall sick, always ensure you do a routine check-up to rule out any possibility of underlying diseases,” he said.