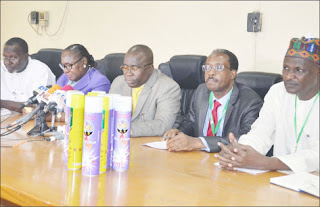 To meet the Sustainable Development Goals (SDGs) goal six by 2030, the United Nations Children Fund (UNICEF) has said that Nigeria must intensify efforts in ensuring access to portable water supply.
The United Nations body is worried that 15 million Nigerians still drink water from rivers, lakes, ponds, streams and irrigation canals and have tasked the Federal Government to improve access to safe drinking water.
Moustapha Niang, UNICEF specialist, who spoke recently, during a two-day media dialogue on Water, Sanitation and Hygiene WASH, organised by UNICEF in partnership with the Child Right Information Bureau (CRIB) of the Ministry of Information, expressed concern over lack of safe drinking water in the country.
Niang said that 57 million Nigerians lacked access to potable water supply and added that more than half of this figure lives in rural areas.
He noted that accessibility to safe water can save the lives of most under-five children that die annually from water-borne diseases.
With most of these diseases caused by poor access to safe water, the UNICEF specialist warned: “If the government do not put in more effort to ensure access to safe water supply, Nigeria is unlikely to meet the Sustainable Development Goals six target.
“We need to do 20 times more of what we are currently doing in terms of policies and funding in providing safe water to the people,” he said.
“For example, in 1999, 12 per cent of the population has pipe access to their homes but this percentage declined to two percent as at 2015.”
The SDG goals six aims at ensuring availability and sustainable management of water and sanitation for all.
Mr Udom Emmanuel, the Akwa Ibom state governor, in his remarks, noted  that the state government was providing new strategic policies that would ensure provision of potable water across the state.
Emmanuel who was represented at the event by Mr. NseEde,  the Permanent Secretary, Ministry of Political, Legislative Affairs and Water Resources, observed that the state government was not only doing this for the people of Akwa Ibom state,  but for the whole South South region.
Martha Hokonya, UNICEF WASH Specialist, in her presentation enumerated the benefits of provision of potable water and urged journalists to do the needful in prompting the government to invest in provision of potable water.
Hokonya, also said such investment  in addition to job creation, reduces diseases and mortality rate, improves  productivity and also provides time for women to engage in other activities like child care and others activities which brings women together.