Can Conception Occur With Anteverted Uterus? 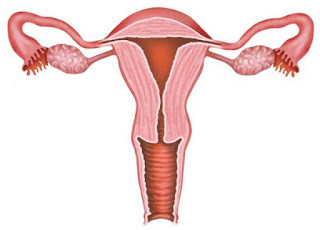 An anteverted uterus is perfectly normal. It means the uterus, or womb, is tilted towards the front of the abdomen. It usually has no impact on the body or a person’s ability to get pregnant.
An anteverted uterus is a natural variation, much like having a certain eye colour. A person’s uterus can also be tilted backward. This is less common and is called a retroverted uterus.
In this piece, learn more about an anteverted uterus, how uterine tilt is tested, and what it means for fertility.
What is the uterus?
The uterus is the pear-shaped organ in a woman’s lower abdomen in which fetuses grow.
It is also called the womb.The uterus is connected to the ovaries, which produce eggs.
When a woman ovulates, an egg travels down toward the uterus via the fallopian tubes.
The uterus is attached to the walls of the pelvis by flexible ligaments that allow it to tilt forward and backward.
Anteverted uterus frequency
An anteverted uterus is common, occurring in around 75 per cent of women. It means that the uterus is tipped forward toward the bladder. How far forward the uterus tips varies between individuals.
It does not affect the structure of the uterus and is not an abnormality or health condition. Having an anteverted uterus does not interfere with reproduction or have an impact on a woman’s health.
The uterus is tipped backward the remaining 25 per cent of the time. This is called a tipped, tilted, or retroverted uterus and can sometimes cause problems during pregnancy.
Is there a known cause?
An anteverted uterus is a natural genetic variation, much like eye or hair colour.
Does an anteverted uterus affect fertility?
Infertility affects about 1 in every 6 couples in the United States. The cause of infertility can be a problem with the male or female reproductive system, or both.
Problems with the female reproductive system account for only approximately 50 per cent of infertility cases.
An anteverted uterus is normal and not usually the cause of fertility issues. Problems with ovulation, the cervix, or the fallopian tubes are the most common causes of female infertility.
Other things that can affect a woman’s fertility include; a previous infection, polyps, endometriosis, fibroids, scar tissue or adhesions, chronic illness, a previous ectopic (tubal) pregnancy and a uterine birth abnormality.
A retroverted womb can, however, sometimes cause issues during pregnancy. Symptoms may include; lower abdominal and pelvic pain; lower back pain as well as gastrointestinal symptoms, such as constipation.
Pregnancy starts with a retroverted uterus around 15 per cent of the time. The uterus tends to move into an upward position on its own by the 14th week of pregnancy, but sometimes it stays in the same place and can get “wedged” in the pelvic cavity as it grows.
Impact on sex and sexual health
Having an anteverted uterus is the most common variation in uterine position. It does not affect sex life or sexual health.
How do I know if my uterus is anteverted?
ultrasound scan being performed on pregnant woman baby image on laptop
An ultrasound may determine the tilt of the uterus.
Unless a doctor suspects it is causing a problem, it is common for most women not to know if their uterus is anteverted or retroverted.
A pelvic exam or ultrasound can be carried out to determine the tilt of the uterus. An initial pelvic exam may include all or some of the following:
Vulval examination: This test will check the genitals for evidence of external bleeding or signs of infection, such as vaginal discharge.
Speculum examination: A medical instrument is inserted to allow a doctor to examine the vagina and the cervix to be examined.
Bimanual palpation: A doctor or specialized nurse will use their fingers to examine the inside of the vagina and feel if the womb or ovaries are tender or enlarged.