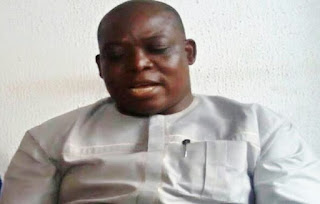 To avoid population explosion and its attendant health and socio-economic malaise, traditional, religious and political leaders have been urged to assist in demystifying the myths and misconceptions surrounding Family Planning (FP) in Nigeria.
Making the call was Mr Dele Fanimo, the Chief Operating Officer (COO), Leadership Newspapers, at an advocacy visit by the Family Planning Media Advocacy Working Group (FPMAWG) to Leadership Lagos Office, who alerted that the recent staggering figure of the Nigerian population, describing it as a time bomb.
Fanimo said, “The Nigerian population is 198 million and this figure has an implication on the country in all aspects of the economy. A quarter of this population is almost twice the population of Republic of Benin. The central of this is uncontrolled birth.”
Raising alarm on the implication of the Nigerian huge population which the media executive said this can lead to increase in crime and prostitution, he noted ‘with social dislocation, what a country gets is underdevelopment and a failed nation.’
“Uncontrolled birth is unacceptable because when a man has a big family he cannot cater for, he will have to deny child A to send child B to school, leading to more miscreants, thieves, thugs and hoodlums on our streets, and the vicious circle continues.
“This is a huge problem, if we want to help the country, we must promote FP. Churches need to do more. Some of these things should form part of the Sunday sermon and mosque service.
“They need to demystify the myths and misconceptions to their members. Imagine a woman attaching child birth to inheritance. Some will say, if you live in a man’s house and no son, you will suffer when the man dies.
“Not able to cater for a large family can also lead to corruption because when you have more than you can care for, you would be force to steal,” he added.
Fanimo however called on traditional leaders, religious leaders and political leaders to help and demystify the myths and misconceptions of FP as the media cannot do it alone.
As part of contributing its quota in creating more awareness on FP, he pledged to FPMAWG that Leadership Newspaper is ready to work with them.
He further enjoined the FPMAWG to see beyond newspaper publications, but go to the rural communities, community leaders and other stakeholders to sensitize them on the importance of FP, they in turn will now be an advocate of FP.