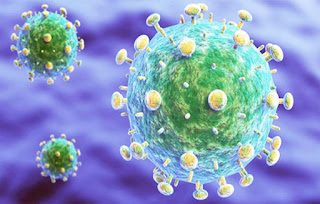 Contrary to emerging evidence which has proved that HIV-positive women who breastfeed maximise their babies’ health prospects, Nigerian mothers living with the infection are still evading the exercise.
Until recently, the World Health Organisation (WHO) advised HIV-positive mothers to avoid breastfeeding if they were able to afford, prepare and store formula milk safely.
But, research has since emerged that shows that a combination of exclusive breastfeeding and the use of antiretroviral treatment can significantly reduce the risk of transmitting HIV to babies through breastfeeding.
A visit to the Heart to Heart Centre (H2H) of the Badagry General Hospital, Lagos State by The Journalists’ Alliance for the Prevention of Mother-to-Child Transmission of HIV in Nigeria (JAPiN) shows why mothers living with HIV are denying their babies breastfeeding.
At H2H, some mothers that were at the centre for post-natal care spoke to INDEPENDENT said that they were not breastfeeding their babies because of fear infecting them with HIV.
At the centre, Turai Hassan (not real names) told INDEPENDENT; “The first day I was told of my HIV status, I almost died. Then, I was pregnant of a baby boy.  But, I lost him even the next pregnancy which was twins. They were HIV positive because I refused to take my drugs. At a point, I ran away from home for three days due to fear. I thought I was going to die whether I take the drugs or not.
“I later started taking my drugs, so my baby from my fourth pregnancy is negative. I was so overjoyed and wanted to do exclusive breastfeeding for the baby. This is because health workers counselled us during antenatal to breastfeed for six months to boost our babies’ health.
“But, I could not breastfeed my baby due to fear. My husband also discouraged me. Both of us were afraid that the baby will become infected with HIV.”
Similarly, Alice Nnodimele (not real names) narrated that she denied her baby breast milk because she was afraid that the baby will get infected with HIV.
Nnodimele said: “This is not my first baby, I lost the first one. He was HIV positive and died after struggling with the fatal infection. It was during the antenatal that it was discovered that I was not taking ARV drugs.
It was after the incident that I came to Heart to Heart Centre, they counselled me and I started taking the drugs regularly.”