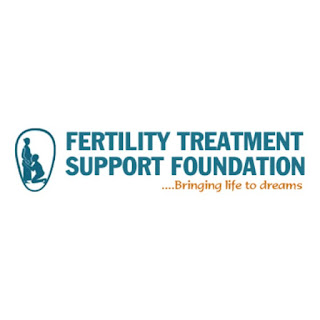 •Last Year’s Beneficiaries Express Joy, Laud Initiative
Chioma Umeha
It was indeed a joyous moment for Mrs. Alice Soyemi, 47 and Mrs. Vivian Eshiet, 33 both beneficiaries of free Fertility Treatment Support Foundation (FTSF) as they narrated the success story of their conception to an enthusiastic audience.
Giving her narrative at a press briefing recently, to herald this year’s edition FTSF free fertility treatment programme for couples, Mrs. Soyemi has lost hope of ever becoming pregnant.
For a decade, she has moved from one hospital   to the other within the country, even abroad, seeking help to no avail. Some of the hospitals told her she had endometriosis, a debilitating disorder in which the tissue lining a woman’s uterus (the endometrium) grows outside it (endometrial) implants. It involves the ovaries, bowel or the tissues lining the pelvis. Endometriosis has no cure, for now, and it can lead to infertility in women.
She said; “I was told endometriosis only stops when you attain menopause so I told myself ‘what again?’ and placed my hope in God.”
Her dreams of becoming pregnant became true when she saw an advert by FTSF last year, offering free IVF treatment for couples in need. She applied and received the free IVF treatment. Today, Mrs Soyemi is pregnant. The visibly excited expectant mother could not hide her joy while sharing her sweet experience to journalists recently, in Lagos.
The story of Soyemi is not different from that of Mrs. Vivian Eshiet, who has had challenges in conception after five years of marriage.
In order to conceive, she made several efforts by visiting many hospitals and taking herbs without positive results. Finally, her next option was IVF which Vivian and her husband, Okon Eshiet could not afford.
“The fund was an issue. We needed to save and plan before trying it,” she said.
However, her story changed when  a friend told her about free IVF treatment organised by FTSF.
Vivian said; “My friend told me about the free IVF treatment organised by FTSF, when my husband came back I told him about it and he said we should try it, and then we registered.
“We registered and qualified for the treatment. After going through all the required tests, the doctor said I needed to do a hysteroscopy to check and see if everything was okay, it was done and I started the treatment.
“I did the first circle, it was not successful after the egg retrieval, I was sad, but calm when they told me that I had another chance. They did the second one and the same thing happened again. I was completely sad.
“One day the doctor called that I have to go for the third circle. But, I told him next time, he insisted, I went for it last December and started another treatment. But, the quality of the egg was far lower than the ones used for the first and second cycles.
“The news was not palatable, but the next day they called and told me that the egg that was not looking good had suddenly become good. Two days later, they invited and informed me that we now have an embryo from the egg, but that they can’t transfer it into my uterus. I was advised to wait for my next circle.When the time came, I went and they put it inside my uterus and after few weeks I went for pregnancy test and was confirmed pregnant.”
Speaking at the media briefing with journalists in Lagos, a Trustee of the Foundation Dr. Abayomi Ajayi and Mr. Onuora Molokwu, an Executive Member of the FTSF stated that the foundation this year, will be giving 20 free treatments to deserving couples with a compelling infertility story, but are unable to pay for the treatment.
According to them, the high cost of fertility treatment globally, has remained a burden for many fertility challenged couples.
Dr. Ajayi added that this has denied them the opportunity of accessing fertility treatment and the joy of having children.
He also said FTSF was encouraged by the results from its previous interventions in this area of free fertility treatment since its inception in 2008 which has resulted in over 150 couples receiving free fertility screening and treatment.
On his part, Mr. Molokwu enjoined interested couples to visit the foundation’s website or its social media handles to obtain information on how to qualify for the free treatment programme.
He further urged well-meaning individuals and corporate bodies to collaborate with FTSF so as to support the initiative which he believes has the potential of assisting needy couples to experience the joy of parenthood.
FTSF commenced operations as a non-profit organisation in 2008 with a mandate to provide free fertility screening and treatment to couples with a compelling infertility story, but are financially challenged.
He said; “Last year it embarked on its annual call for entries and got five couples to receive free treatment.
“From this number, two of them have confirmed pregnancies, while one is scheduled to have a pregnancy test this week.
“This year, we are planning to do 80 free screenings, from where we will select five couples every quarter, making a total of 20 for the year that will qualify for free treatment,” he added.